Obama to address 'simmering distrust' between blacks and police 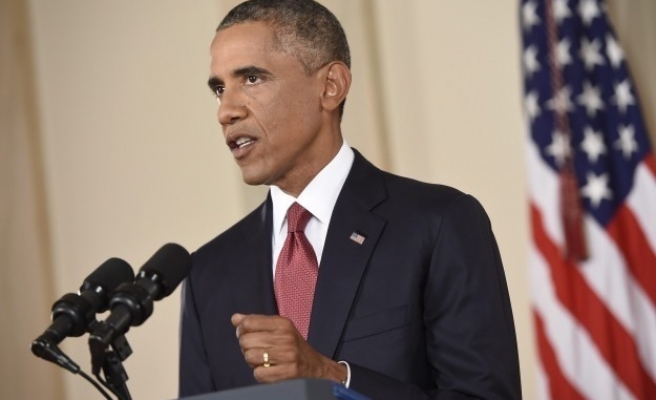 President Barack Obama on Monday vowed to use his remaining time in office to address the "simmering distrust" between law enforcement and black and minority communities.

Protest erupted in Ferguson, Missouri, after the killing that many blacks viewed as unjust.

Following the grand jury’s decision, a new wave of protest erupted around the country with some demonstrators promising to shut down major U.S. roadways during peak hours.

"Ferguson laid bare a problem that is not unique to St. Louis or that area, and is not unique to our time, and that is a simmering distrust that exists between too many police departments and too many communities of color," Obama said.

The president requested $263 million for training law enforcement officers and more resources to reform police departments, including the purchase of up to 50,000 body-worn cameras.

Michael Brown’s parents have begun to campaign for greater use of police body cameras.

The purpose of the request is "to make sure that we're not building a militarized culture inside our local law enforcement," Obama said.

“It’s got to result in concrete steps that we are able to lift up in communities all around the country."

The UN Committee against Torture last week urged U.S. authorities to investigate police brutality and excessive use of force involved in the shootings of unarmed civilians belonging to certain racial and ethnic groups.