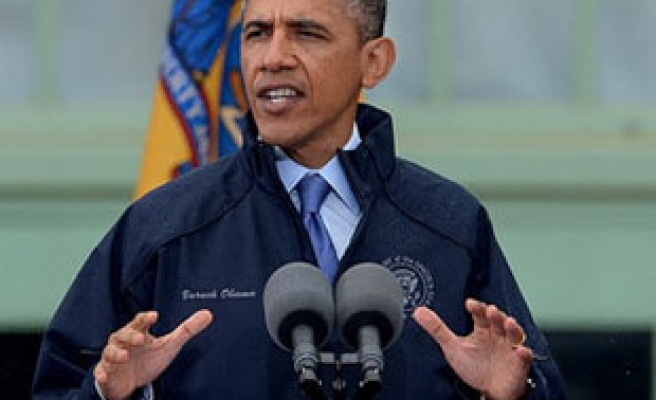 Prior to a meeting with his Nigerian counterpart Goodluck Jonathan, US President Barack Obama on Monday reaffirmed his country’s support for the US-Nigerian relationship, describing it as “very strong”.

“We have a very strong relationship between the United States and Nigeria.  It’s not just based on government-to-government relations, but also people-to-people relations,” said Obama. He added, “And we have an outstanding Nigerian-American community here in the United States that is making incredible contributions in every field every single day.“

Obama continued to stress the importance of infrastructure development for Nigeria and the entire African continent. A main pillar of Obama’s plan is the development of electrical networks in Africa’s rural regions, and Nigeria may play a role in that process, according to Obama. “And as many of you know who were on the trip that I took to Africa just recently, we are really focused on how we can help to bring electricity and power generation throughout Africa -- not just in the big cities but also in the rural areas, and Nigeria is a potential partner in that process.”

The US President further expressed his country’s support for Nigeria’s battle against Boko Haram, a militant Islamist group headquartered in northern Nigeria. Several recent bombings have been attributed to the group, despite a ramping up of military operations by the government and a declared state of emergency in the country’s northeast to help combat the group.

“In the northern regions of Nigeria we've seen the emergence of one of the most vicious terrorist organizations in the world -- the Boko Haram.  It presents an extraordinary security challenge for the people of Nigeria, and we want to be cooperative in that process of building capacity inside Nigeria to deal with that terrorist threat, but doing so in a way that is consistent with human rights,” said Obama.

Obama also conveyed his sympathies for those affected by militant attacks in the Kenyan capital, Nairobi, which have so far resulted in the deaths of at least 68 people, with approximately 175 more injured.

“I want to express personally my condolences to not only President Kenyatta, who lost some family members in the attack, but to the Kenyan people.  We stand with them against this terrible outrage that's occurred.  We will provide them with whatever law enforcement support that is necessary.  And we are confident that Kenya, which has been a pillar of stability in Eastern Africa, will rebuild.”

He added that the US will stand by the East African nation, saying, “the US will continue to work with the entire continent of Africa and around the world to make sure that we are dismantling these networks of destruction.”