Obama: We have strong partnership with Saudi Arabia 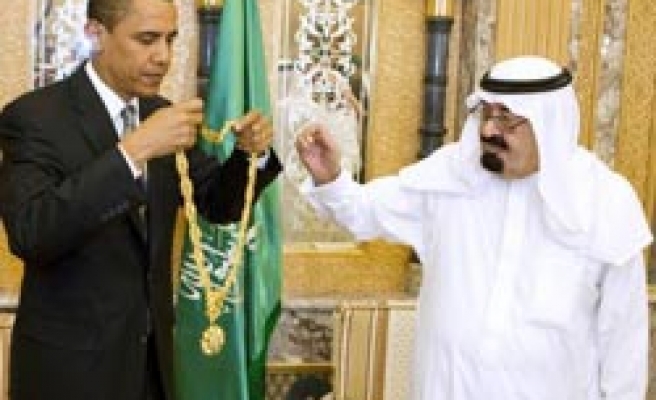 U.S.President Barack Obama and Saudi Minister of the National Guard  affirmed the "strong and enduring partnership" between the two countries, when they met at the White House in Wednesday.

The U.S. and Saudi Arabia discussed "shared interests in regional development," according to a statement on the Saudi Embassy website.

"We express our appreciation for Saudi Arabia's contributions to the global coalition to defeat the ISIL, and noted Saudi Arabia's critical role in upholding regional peace and security, including its recent engagement with the new Iraqi government." the U.S. president said, according to the statement.

Saudi minister Prince Miteb bin Abdullah bin Abdulaziz, who is also the son of King Abdullah, arrived in Washington at the invitation of U.S. Secretary of Defense Chuck Hagel, the statement said.

Saudi Arabia has joined a U.S.-led campaign to attack ISIL, which has recently seized vast swathes of territory in both Iraq and Syria.

Also, according to the White House, U.S. exports to Saudi Arabia exceeded $35 billion in 2013, including direct exports of $19 billion, and roughly $2 billion in service exports, which includes engineering, procurement and construction.

Indirect exports and other goods and services were valued at an additional $15 billion.