Obama will not meet Israel's Netanyahu on U.S. visit

Bernadette Meehan, a spokeswoman for the White House National Security Council, said Obama was withholding an invitation for Oval Office talks with Netanyahu because of Israel's March 17 elections. 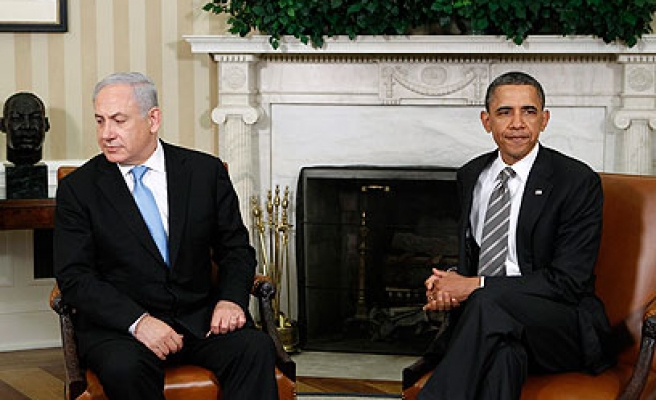 President Barack Obama will not meet Israel's prime minister when he visits Washington in March, the White House said on Thursday, after being blindsided by the Republicans' invitation to Benjamin Netanyahu to address the U.S. Congress on Iran.

Bernadette Meehan, a spokeswoman for the White House National Security Council, said Obama was withholding an invitation for Oval Office talks with Netanyahu because of Israel's March 17 elections.

"As a matter of long-standing practice and principle, we do not see heads of state or candidates in close proximity to their elections, so as to avoid the appearance of influencing a democratic election in a foreign country," Meehan said in statement.

"Accordingly, the president will not be meeting with Prime Minister Netanyahu because of the proximity to the Israeli election, which is just two weeks after his planned address to the U.S. Congress."

Earlier on Thursday, Netanyahu announced that he would address Congress in March.

The decision by Obama, whose relationship with Netanyahu has often been tense, might be interpreted as a snub because leaders from Israel, a staunch U.S. ally, are almost always afforded talks with the American president on trips to Washington.

Netanyahu has accused Obama of making too many concessions to Iran for too little in return in nuclear talks between Tehran and world powers, and his visit could set up a diplomatic showdown on an issue has that has divided Obama and congressional Republicans.

The White House declined to say if Netanyahu had sought a meeting with Obama, but an Israeli official, speaking on condition of anonymity, said on Wednesday the Israeli prime minister was looking into the possibility of talks with the president during the visit.

State Department spokeswoman Jen Psaki told a news briefing that U.S. Secretary of State John Kerry also would not be meeting with Netanyahu during the visit, citing the upcoming Israeli elections.

The White House said on Wednesday the invitation to Netanyahu, issued by Obama's Republican congressional opponents without consulting him, was a breach of diplomatic protocol.

U.S. Senate Democratic leader Harry Reid said on Thursday that Republican congressional leaders had not consulted him on inviting Netanyahu to address a joint session of Congress, but he said he would welcome the speech.

U.S. House of Representatives Speaker John Boehner announced the invitation to Netanyahu on Wednesday, a day after Obama pledged in his State of the Union address to veto new Iran sanctions legislation being developed in Congress.

"The president has been clear about his opposition to Congress passing new legislation on Iran that could undermine our negotiations and divide the international community," Meehan said on Thursday. She said Obama and Netanyahu had spoken frequently on Iran and would remain in contact on the issue.

Shortly before Netanyahu's formal acceptance of the invitation, Israel's Mossad intelligence chief publicly closed ranks with the right-wing prime minister, denying in a rare press statement reports that he opposed further sanctions on Iran while world powers negotiate with the country on limits to its disputed nuclear program.

In his statement, Netanyahu said he was "honored to accept the invitation" and that he would use the speech "to thank President Barack Obama, Congress and the American people for their support of Israel".

On his Twitter page, Boehner said the Congressional address was scheduled for March 3, two weeks before Israel's general election in which Netanyahu is vying for a fourth term.

Netanyahu's office said the Israeli leader would also attend the March 1 to 3 annual policy conference in Washington of the prominent pro-Israel AIPAC lobby.

Israeli political commentators portrayed Boehner's invitation as either a Republican attempt to give Netanyahu a boost in the election campaign or an Israeli bid to meddle in U.S. politics, or both.

Some analysts said, however, that a third Netanyahu address to Congress would have little impact on Israelis long accustomed to his oratory skills in English on the international stage.

"We need the president on our side, day and night, on so many sensitive and important issues," Herzog said.