The program would allow some 4.4 million people whose children are U.S. citizens and legal permanent residents stay in the country temporarily. 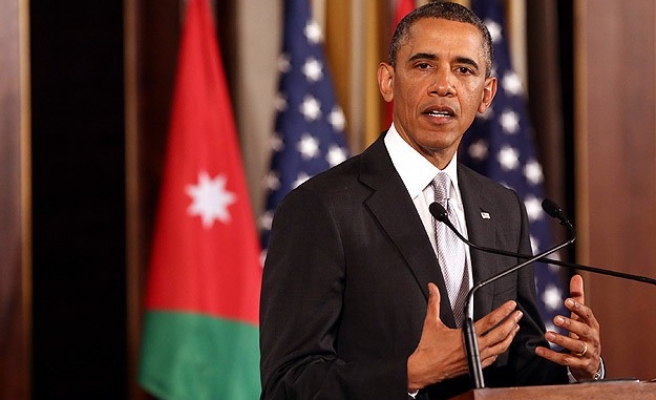 A U.S. federal judge on Monday temporarily blocked President Barack Obama's plan to protect millions of undocumented immigrants from deportation, an issue likely to be seized upon in the 2016 presidential campaign.

Ruling in favor of some two dozen U.S. states opposed to the administration's plan, U.S. District Judge Andrew Hanenin Brownsville, Texas, said in a decision posted on the Los Angeles Times website that the administration had failed to comply with procedure.

In November, Obama announced a program to lift the threat of deportation from some 4.7 million illegal immigrants in the United States using his executive authority, a move that bypassed Congress, which has not passed immigration reform legislation despite several attempts.

The program would allow some 4.4 million people whose children are U.S. citizens and legal permanent residents stay in the country temporarily.

An additional 270,000 people would be able to stay under the expansion of a 2012 program known as Deferred Action for Childhood Arrivals (DACA) that offered deportation relief to people who were brought illegally to the United States as children, allowing them work. That expansion was scheduled to begin on Wednesday.

Some 26 states, led by Texas and its Republican governor, Greg Abbott, sued the administration to halt the programs, arguing Obama's orders violated U.S. constitutional limits on his powers. They requested an injunction to block the programs from going into force while the legal process played out.

"Judge Hanen's decision rightly stops the president's overreach in its tracks," Abbott, who took to Twitter to laud the ruling, said in a statement.

"The president's attempt to by-pass the will of the American people was successfully checked today."

Obama's order enraged Republicans, who described it as an overreach by the executive branch, violating constitutional limits on presidential powers, and constituted an essential amnesty for people who entered the country illegally.

The White House has said Obama exercised his authority properly.

Both Democrats and Republicans are likely to seize upon the issue, and the court's rulings, in the 2016 presidential campaign.

The administration's move drew praise from immigrant advocates including Hispanics, who make up a critical voting bloc that has largely thrown its support to Democrats in favor of granting relief to the some 11 million undocumented people in the country.

"We firmly believe that these programs will be implemented, and whether it's now or several months from now, we have no question that the president was well within the bounds of his executive authority," said Melissa Crow, Legal Director of the American Immigration Council group.

"We really feel that this case is more about politics than law," she said.

Barring an unlikely legislative deal in the last two years of his presidency, the executive action would become a key legacy item for Obama, who promised in his 2008 and 2012 presidential campaigns to reform the system.

According to experts, Hanen had several options. He could have denied the state's injunction request, ruled that the states did not have "standing" or authority to bring the suits, granted an injunction that would stop implementation of the programs in the states that have sued, or granted one that applies nationwide.