Oliver Stone: Snowden spot on with US surveillance 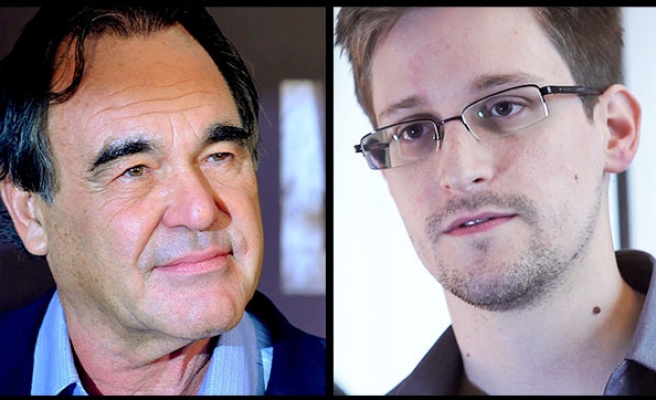 US filmmaker Oliver Stone warned Monday that his country's desire to "control the world" by eavesdropping on the entire planet would end in disaster.

The outspoken director of "JFK" and "Platoon" claimed Washington's war on terror was being used as cover to "dominate the world".

"That desire to control the world is very dangerous," Stone warned as his latest movie "Snowden" is released across Europe and Asia.

The film is about Edward Snowden, the former CIA and National Security Agency (NSA) insider who exposed the vast scope of US digital intelligence gathering.

"There is no historical record of one empire that can do that successfully... the British Empire tried but that ultimately led to massive wars. The same is resulting from the US desire for tyranny," he told reporters.

And he accused US President Barack Obama of not ending dragnet surveillance despite pushing through the USA Freedom Act to curb some of the sweeping powers the NSA got under the Patriot Act after the September 11 attacks of 2001.

"Obama is just as tough as Bush. He's doubled down on the surveillance state. It's bigger and stronger than ever," Stone claimed.

He said Obama "talked reform but he didn't change this culture in the CIA and the war on terror continues.

"The moment he got into office he turned into a better form of Bush, a more efficient commander but basically believing the same old story that we are under attack every day and all day," the director added.

"How many wars is America in informally without consent? How many Muslim countries has Obama bombed? How many drone strikes have we used, killing how many people?" he said.

Stone, 70, said Snowden was a hero and a patriot who would eventually be seen as such like Daniel Ellsberg, the former US military analyst who released the top-secret Pentagon Papers about the Vietnam war in 1971.

He said he met 33-year-old Snowden nine times in Moscow, where the former NSA contractor was eventually given asylum after his passport was cancelled as he tried to change planes to reach South America.

"Snowden" follows the young whistleblower -- who like Stone came from a military family -- in the nine years leading up to his sensational leaking of the extend of US electronic eavesdropping in June 2013.

It shows how Snowden -- played by Joseph Gordon-Levitt -- was initially a gung-ho conservative who volunteered to serve in the US army in Iraq until he broke both his legs in training.

But over time he became increasingly worried about the vast level of illegal snooping he was helping to mastermind.

"I don't think the general public has yet understood the Snowden revelations, I really don't," Stone said, claiming the US public had been lulled into being "dumb and apathetic" about the danger to their basic freedoms.

"US people should be worried about mass surveillance, drone warfare and cyber warfare, which are the issues Snowden presented," Stone added.

"We have lost track of what the intelligence agencies are doing especially outside the law. There is a danger of having another war very quickly because of cyber warfare... It is a mess," he said.