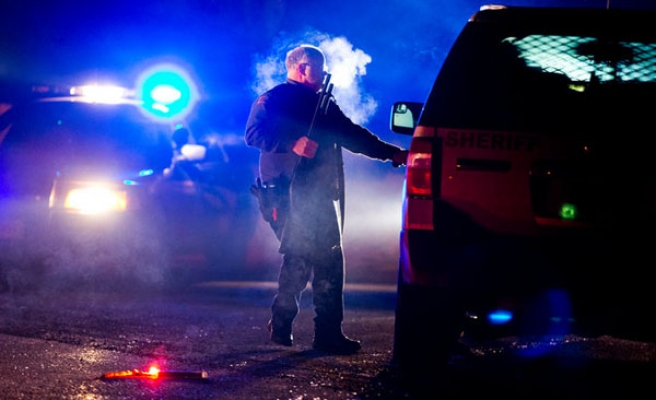 Ammon Bundy, the leader of an armed seizure of a federal wildlife refuge in Oregon, was arrested and one person was killed Tuesday afternoon in a traffic stop in rural Oregon, the F.B.I. and the Oregon State Police said.

Protesters were still occupying the remote Malheur National Wildlife Refuge in eastern Oregon after leader Ammon Bundy's arrest and the FBI set up a barrier hoping to end the stand off with a peaceful resolution.

The authorities did not identify the man who was killed, however a member of the Nevada State Assembly, Michele Fiore, who has been a supporter of the Bundy family, said in a Twitter post that it was Laoy Finicum. Mr. Finicum had become a defacto spokesman for the occupiers.