Abid Naseer, 28, who was extradited in 2013 from Britain to face U.S. charges that he was involved in one of three al Qaeda cells planning attacks in England, Norway and the United States. 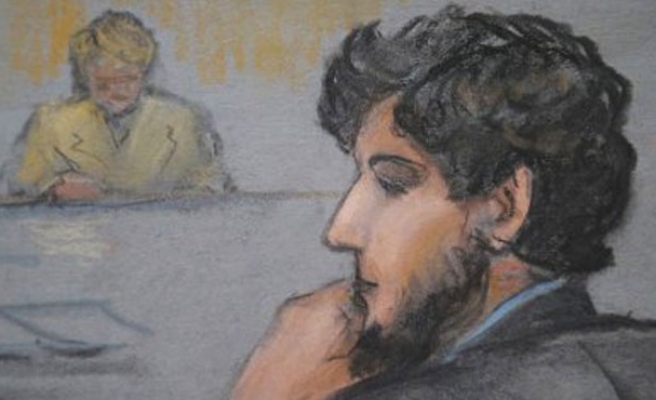 A Pakistan-born man went on trial on Wednesday on U.S. charges that he took part in an al Qaeda plot to carry out bombing attacks in the United States and Europe in 2008 and 2009.

Jury selection began in federal court in Brooklyn, New York, for the trial of Abid Naseer, 28, who was extradited in 2013 from Britain to face U.S. charges that he was involved in one of three al Qaeda cells planning attacks in England, Norway and the United States.

One of the cells that Naseer did not belong to but was part of the conspiracy had plotted to bomb the New York City subway system, prosecutors said.

Two men, Najibullah Zazi and Zarein Ahmedzay, have pleaded guilty to charges stemming from the New York plot, and a third, Adis Medunjanin, was convicted at trial and sentenced in 2012 to life in prison.

Prosecutors said Naseer and Zazi coordinated their plans through emails to the same Pakistan-based al Qaeda facilitator, "Ahmad," using similar code words to discuss explosives and the timing of their respective plots.

He is representing himself at trial and faces life in prison if convicted.

Naseer was initially arrested in Britain in 2009 along with a dozen men, mostly students from Pakistan, on suspicion of plotting an attack in Manchester.

British authorities conducted daylight raids on the men's homes after Britain's most senior counter-terrorism official was photographed openly carrying details about the operation.

Authorities said they found large quantities of flour and oil in the suspects' homes and highlighted surveillance photographs of public areas in Manchester and a map of the city center.

But no charges were ever brought, and a British court blocked their deportation out of a concern for their safety in Pakistan.

Naseer was re-arrested by British authorities in 2010 after the U.S. indicted him.

He fought extradition, but his appeal was rejected in 2012 by the European Court of Human Rights and he was extradited in January 2013.