Odeh, who is currently free on bail, faces 10 years in prison and would lose her U.S. citizenship. 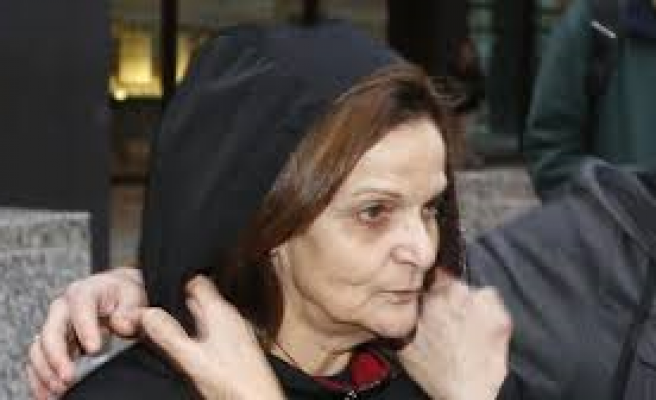 A Palestinian activist was found guilty on Monday of immigration fraud for failing to reveal to U.S. authorities that she had been convicted and served time in Israel for a 1969 supermarket bombing.

After a trial last week in a federal court in Detroit, Rasmieh Yousef Odeh, 67, was convicted of unlawful procurement of naturalization, said Ron Hansen, a spokesman for the U.S. District Court for the Eastern District of Michigan.

Odeh, who is currently free on bail, faces 10 years in prison and would lose her U.S. citizenship. The judge will hold a bail revocation hearing before setting a date for sentencing for Odeh, who is also known as Rasmea.

"Make no mistake. Rasmea came under attack by the U.S. government because she is Palestinian, and because for decades, she has organized for Palestinian liberation and self-determination," the Rasmea Defense Committee, which has supported her during the trial, said in a statement on Monday.

Dozens of supporters had traveled to Detroit for her trial and they rallied on her behalf outside the federal courthouse on Monday. The defense committee said it was unfair that Judge Gershwin Drain had not allowed Odeh to tell the jury that she confessed to the supermarket bombing allegedly under torture by the Israeli military.

Odeh has lived almost two decades in the United States and served as associate director of a Chicago-area community organization called the Arab American Action Network.

Federal prosecutors said she failed to reveal her criminal history when she immigrated from Jordan in 1995 and again when she was naturalized as a U.S. citizen in 2004.

Odeh and members of the Popular Front for the Liberation of Palestine were convicted by an Israeli military court for the supermarket bombing and for placing a bomb at the British Consulate in Jerusalem.