The parents said they had faith in the pending decision of a grand jury in the case, which sparked looting in the St Louis suburb soon after the shooting, and opposed any violence. 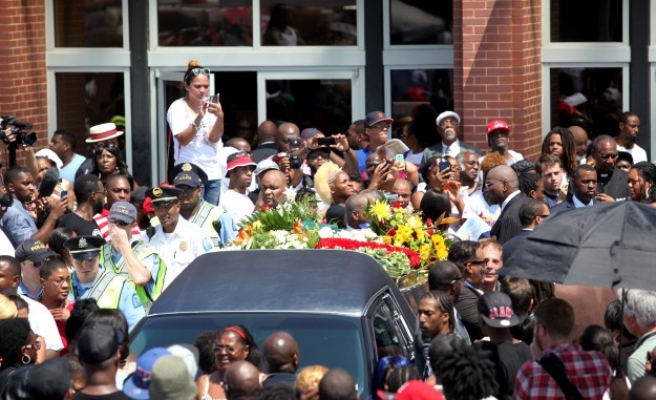 The father of black teenager Michael Brown, shot dead by a policeman in Ferguson, Missouri, in August, said on Wednesday he and the boy's mother had come to the United Nations in Geneva to seek justice for their son.

In a statement issued through the family's lawyer Darryl Parks, the parents said they had faith in the pending decision of a grand jury in the case, which sparked looting in the St Louis suburb soon after the shooting, and opposed any violence.

"Me and his mother have come to the U.N. to get redress for our son," Brown Sr. told a news conference after a session of the U.N. Committee on Torture which held a regular review of the U.S. record. "There couldn't be a better place to do that."

Missouri Governor Jay Nixon said on Tuesday the National Guard would be on standby in case of violence after a grand jury decides whether or not to indict white police officer Darren Wilson for the fatal shooting in Ferguson.

"The Brown family continue to call for non-violence. They continue to feel the Grand Jury will do the right thing," Parks told reporters in Geneva.

The Browns had a private meeting with committee members on Tuesday at which they asked for continued U.N. pressure on the United States government over the affair, which one U.S. rights group said was typical of what happened all over the country.

Parks said the family respected what the Obama administration had been doing to try to ensure that such events did not happen again. "The local people (in St Louis and Ferguson) continue to not get it right," Parks said.