Pence says US to partner in Papua New Guinea military base

Australia, which has long-standing military ties with the US, has already announced plans to redevelop PNG's Lombrum Naval Base on Manus Island. 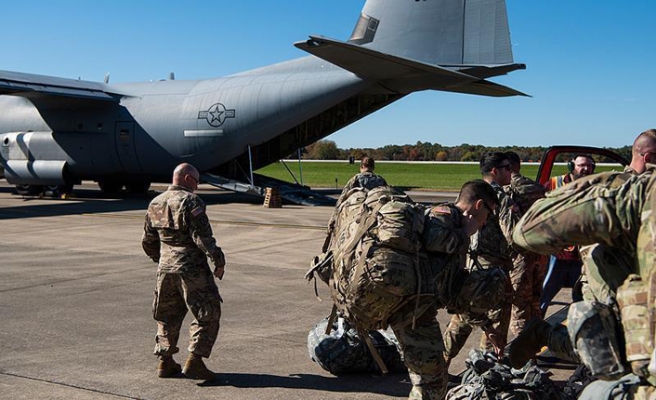 The United States said Saturday it will join forces with Australia in the development of a new naval base in Papua New Guinea, a project seen as a move to curb China's influence in the Pacific.

China's desire to build a military facility on Fiji's Blackrock, Manus or Vanuatu has spooked western officials from Canberra to Washington, who fear it would tilt the balance of naval power in the South Pacific in Beijing's favour.

They have been scrambling to respond with their own plans.

To that end, Vice President Mike Pence said Saturday on a visit to Papua New Guinea, which is hosting the APEC regional summit, that the US would join forces in the Australian project.

"The United States will partner with Papua New Guinea and Australia on their joint initiative at Lombrum Naval Base," he said.

"We will work with these two nations to protect sovereignty and maritime rights in the Pacific Islands.​"

China has been showering billions of dollars in infrastructure loans on island nations in the Pacific, a region that is vital to international shipping and provides a stepping stone to project military and economic power.

Pence later told reporters the base would show US commitment to an "open and free Indo-Pacific" but would not been drawn on what US footprint there would be.

"Our commitment is to stand with countries across this region who are anxious to partner with us for security."

Australia has been critical of Beijing's "soft diplomacy" and rising influence in the region, and Prime Minister Scott Morrison warned this month that confrontation must not define China's relationship with the US.

"Inevitably, in the period ahead, we will be navigating a higher degree of US-China strategic competition," Morrison said in a speech where he navigated a careful line between the alliance with the US and engaging a more assertive China.

Australia -- a member of the "Five Eyes" Western intelligence alliance -- now finds itself in the middle of one of the 21st century's geopolitical hotspots as a battle for influence in the South Pacific unfolds.

The Papua New Guinea naval base move came after reports that China had approached Vanuatu about the possibility of opening a military base there.