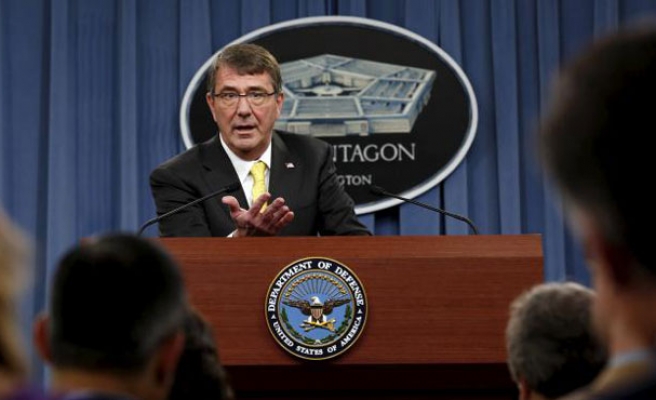 Pentagon chief Ashton Carter and dozens of defence ministers from the US-led coalition striking ISIL fighers  meet in Brussels on Thursday to take stock of the difficult campaign.

More than 18 months after the United States and the quickly assembled alliance began bombing ISIL targets, Carter hopes renewed alarm over ISIL attacks around the globe and fighters' growing footprint in Libya will result in greater military and financial commitments from partners.

Carter has taken a two-pronged approach to garnering such support, using a combination of private diplomacy and public shaming, accusing some unspecified members of the 66-nation coalition of doing "nothing at all" to help the fight.

Thursday's meeting in the NATO headquarters will see Lieutenant General Sean MacFarland, who is overseeing the anti-ISIL effort, give an overview of the situation on the ground.

A senior US defence official said Washington is looking not just for pledges of military support and cash, but ideas too.

"The secretary will, frankly, give a call to his fellow ministers to be creative, to speak up to contribute to the thought leadership in the campaign," the official said, speaking on condition of anonymity. "There's no monopoly on good ideas."

The assessment comes after the coalition has carried out more than 10,000 air strikes in Iraq and Syria at a cost to the United States of nearly $6 billion (five billion euros).

The effort has dealt some significant blows to the fighters: the Pentagon estimates ISIL has lost about 40 percent of the territory it once held in Iraq, and about 10 percent of the land it claimed in Syria.

But despite losing control of the Iraqi city of Ramadi, assaults to recapture key ISIL-held Mosul and Raqqa in Syria are still many months away, and thousands of ISIL fighters have streamed into Libya.