Lewis will take up the special envoy posting on Nov. 1, the Pentagon said. 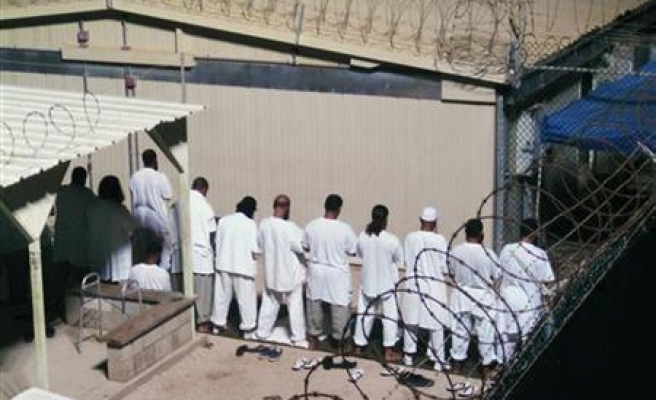 The announcement was part of Barack Obama's renewed push to close the prison, which remains open despite his 2009 pledge to shutter the facility within a year. Obama pledged in April to reinvigorate the closure effort amid a hunger strike by detainees that led to their force-feeding.

Lewis currently works as an attorney for the Democratic minority on the House of Representatives Armed Services Committee, where he deals with Guantanamo-related issues.

"Special Envoy Lewis brings a wealth of experience from his previous position," the Pentagon said in a statement.

Lewis, who served as a judge advocate in the Marine Corps, also has worked as the general counsel for the House Armed Services Committee and previously was an attorney for the Defense Department in the Office of Legislative Counsel.

He will take up the special envoy posting on Nov. 1, the Pentagon said.

Obama created two special envoy positions to work on closing Guantanamo. Attorney Clifford Sloan was appointed in June to be the State Department envoy. Lewis would serve as his counterpart at the Pentagon.

Obama campaigned on a pledge to close the base, created under his Republican predecessor George W. Bush to detain prisoners held in the U.S. war against al Qaeda following the Sept. 11, 2001, attacks. But resistance in Congress and difficulty finding countries willing to take the inmates has prevented the closure.

The Pentagon said 164 prisoners are still being held at Guantanamo. A small number are still engaged in a hunger strike.

There is no need for a special envoy to close Guantanamo. Its an illegal prison in breach of international laws of war and international humanitarian laws including the Geneva Conventions on War and the UN Convention Against Torture. Commissions and envoys to examine such issues are just further stalling techniques. Guantanamo should be closed now. It should never have been opened for torture.