Pentagon to evaluate procedure in crimes against civilians

Panetta asked to review cases over the past decade in which U.S. forces committed crimes against civilians in Iraq and Afghanistan to see whether judicial procedures need to be improved. 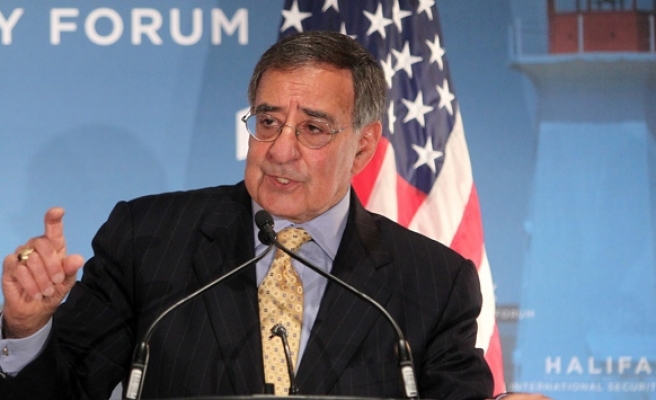 Defense Secretary Leon Panetta has directed a panel of experts to assess whether reforms are needed in the way the military justice system handles crimes committed by U.S. forces against civilians in combat zones, the Pentagon said on Friday.

While the Pentagon said the decision was not linked to any specific case, it follows a spate of incidents in Afghanistan that have outraged the local population, including one in which a soldier is suspected of killing 16 villagers in a shooting rampage.

"There is no one case that motivates this," said Jeh Johnson, the Pentagon's top lawyer, who explained Panetta's decision to undertake the review.

"We've now been in deployed areas for over 10 years," he said. "We want to ask ourselves every once in a while: Is the system working like it should? Are there reforms that could be brought about to better apply military justice in deployed areas when the offense involves civilians?"

Panetta asked a subcommittee of the newly established Defense Legal Policy Board to review cases over the past decade in which U.S. forces committed crimes against civilians in Iraq and Afghanistan to see whether judicial procedures need to be improved.

"Abuses have been rare among our professional fighting force, but they became huge flash points that threatened to undermine our entire mission and the foundation of our relationship with the host government and its people," Panetta said in a memorandum to the Pentagon leadership.

"For offenses that take place in a country in which we operate alongside the civilian population, it is critical that our system of military justice be efficient, fair, dependable and credible," he added.

The review is expected to look into cases like the Haditha massacre in Iraq, where Marines killed 24 civilians. Of the eight Marines originally charged in the case, only one was found guilty -- of dereliction of duty.

Cases like the one against Army Staff Sergeant Robert Bales, who is accused in the slayings of 16 Afghan civilians earlier this year, may not factor into the investigation. Panetta's instructions call for the panel not to "intrude upon any pending case or investigation."

The group is expected to deliver a report within seven months to the Defense Legal Policy Board, which will review the findings before passing them to the defense secretary.

Panetta asked for the review to include an assessment of whether alleged offenses against civilians are reported and investigated promptly and accurately, and whether there are ways to improve cooperation with local law enforcement.

He also asked for an assessment of whether the military justice system should be revised to improve handling of cases involving multiple defendants, and whether there were enough investigative resources in combat areas to ensure a timely response to criminal allegations.

Panetta asked the panel to confine its review to cases in which U.S. military service members were accused of committing crimes against civilians.

Offenses against detainees in prison or against service members attacked by fellow troopers were not meant to be part of the review, Johnson said.

"Speaking for myself, I'm prepared to be told by this group that for the most part the application of military justice is working well, or that here are some improvements that could be made, perhaps drawing from the civilian criminal justice system," Johnson said.