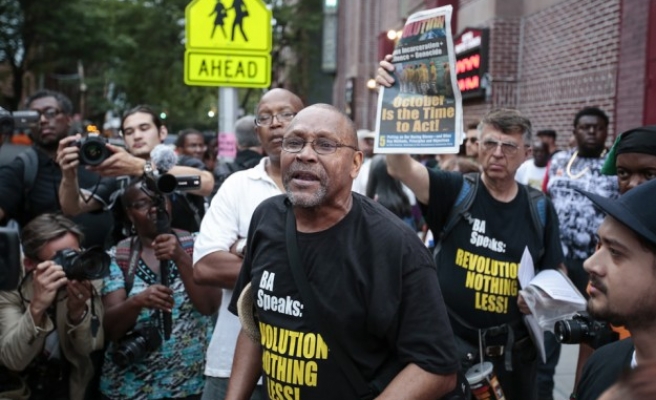 A Phoenix police officer shot to death an unarmed black man during a struggle and authorities said the officer believed the individual had a gun, in the latest fatal incident amid national turmoil over the policing of black communities.

The Phoenix Police Department said Rumain Brisbon, 34, was sitting in a black Cadillac SUV outside a convenience store on Tuesday evening, and that two witnesses told the officer the occupants of the vehicle were selling drugs.

With police forces across the country under increased scrutiny over killings of unarmed black men, Phoenix police said in a statement that its officer called for backup, and then saw Brisbon appear to remove something from the car's back seat.

It said the officer, a seven-year veteran of the department, gave him several commands to show his hands, before Brisbon "placed one or both hands in his waistband area" and then fled.

The officer chased and caught up with him, it said, and during a struggle the policeman believed he felt the handle of a gun while holding the individual's hand in his pocket.

"The officer gave the suspect several commands to get on the ground but he refused to comply, yelling profanities at the officer," said the police statement issued on Wednesday.

At that point a resident opened an apartment door and both men stumbled into her home, it said, adding that the officer was unable to keep a grip on the suspect's hand.

"Fearing Brisbon had a gun in his pocket the officer fired two rounds striking Brisbon in the torso," it said.

The police department said the back-up officers arrived after the shooting, and while they and members of the fire department treated Brisbon, he was pronounced dead at the scene.

Police said Brisbon was carrying a vial of oxycodone pills, and that a semi-automatic handgun and a jar of what is believed to be marijuana were found in the SUV. The 30-year-old officer was not injured during the incident, the statement added.

The shooting in Phoenix comes at a tense time between U.S. law enforcement and the communities in which they operate. Two grand jury decisions not to indict officers who killed unarmed black men in Ferguson, Missouri, and in New York City have triggered racially charged protests throughout the United States.