A fight in Colorado over how United States' history is taught has pitted the new conservative majority on a suburban Denver school board against students and teachers who accuse the board of censorship. 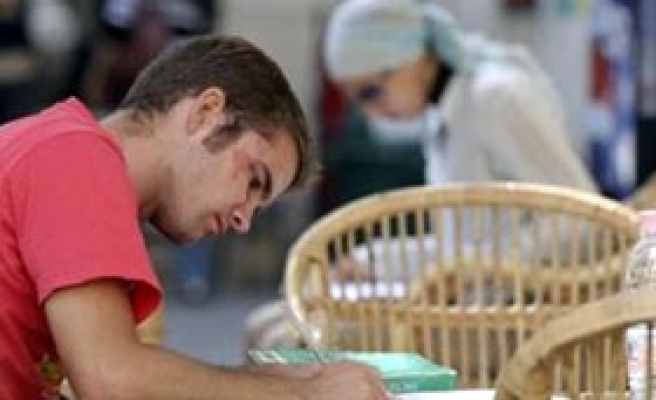 Sitting with friends by a skate park near a Colorado high school known more for an infamous shooting than conflict over curriculum, 17-year-old Charlotte Beierle said attempts to play down the darker parts of U.S. history mystify her.

The Columbine High School student was one of more than 1,000 placard-waving pupils who walked out of classrooms in the largely white, middle-class district in suburban Denver last week after one school board member proposed changing parts of a history course.

"People thought we were punks because we walked out of class," said the teenager, sitting across from the site of a 1999 shooting that left 12 students and one teacher dead. "But why would you teach history and not teach the negative bits?"

The question of how U.S. teens learn history in public schools is the latest flash point in a liberal-conservative fight over national curricula that had previously focused on more scientific topics such as teaching creationism versus evolution.

Opponents say the revised guidelines for the Advanced Placement (AP) history course cast the United States in a harsh light by giving undue emphasis to topics such as slavery and the treatment of Native Americans.

Supporters of the new outline decry what they call a bid to block teachers from teaching U.S. sins of the past in a course for high schoolers deemed ready for college-level content.

The fuse was lit in Colorado when three conservative members were elected to a five-person school board in Jefferson County last November, changing the political balance in the state's second-largest school district with nearly 150 schools and 84,000 students.

Responding to the new AP U.S. history course framework, which was rolled out this fall, one new board member called for instructional materials to promote "patriotism" and "respect for authority."

The materials should not, she wrote, "encourage or condone civil disorder, social strife or disregard of the law."

The contentious proposal was quickly tabled after all three conservative board members agreed to not pursue it, but it caught the attention of students, many of whom demonstrated last week outside schools waving signs reading "Don't make history a mystery!" and "How will we learn from our mistakes if you don't teach us about them?"

Dozens of teachers also called in sick or used personal days, causing some schools to cancel classes. Even some students at a middle school staged their own protest.

Administered by the New Jersey-based College Board, AP classes are a mainstay for students headed to elite universities, allowing them to earn college credits.

Critics say the new history course consistently casts the United States in a negative light, omitting or distorting key historical events or topics such as the Declaration of Independence and U.S. involvement in World War II.

In August, the Republican National Committee denounced the framework as "radically revisionist," calling for a congressional probe and threatening to withhold federal funds from the College Board.

In politically purple Jefferson County, which bills itself as the "Gateway to the Rocky Mountains," the school board member who made the controversial proposal, Julie Williams, said important figures, such as founding fathers Thomas Jefferson and John Adams, escape mention. So, too, she noted, does civil rights leader Dr. Martin Luther King Jr.

The authors of the new framework say it seeks to de-emphasize rote memorization in favor of critical thinking. They say they have never provided a detailed list of which figures need to be studied so teachers can decide for themselves what content to include according to state mandates.

The school board is scheduled to address the issue again at a meeting on Thursday night.

The controversy has not been limited to Colorado. In Texas, the State Board of Education last month recommended the course be revised "in a transparent manner that accurately reflects U.S. history without an ideological bias."

Conservative board members have accused the Jefferson County teachers' union, already upset over a new pay deal, of spurring the protests. The union denies it, and the reaction from parents defending their children has been fierce.

Jodi Lundin, a mother of two, said the new board members put their political and religious views ahead of students.

"You all have bullied the teachers and the community, and I ask you to stop blaming and take a good, hard look at yourselves," Lundin wrote in an open letter to the three.