The proposed system would pair consumer and environmental protections with existing safeguards for foreign investments. 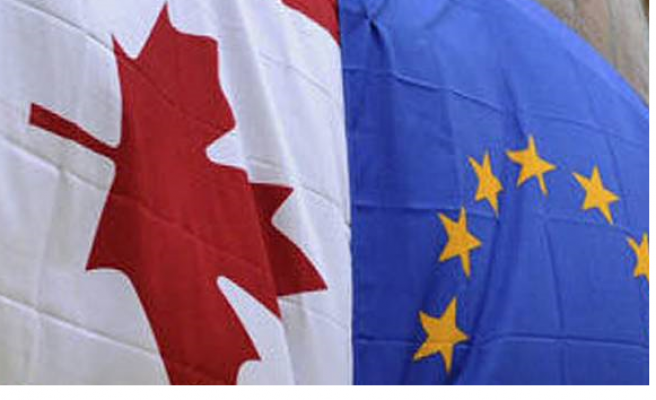 A Canada-EU trade pact will provisionally come into force in a few weeks, but could still unravel in the face of rising populism in Europe, its top trade official warned Tuesday.

EU Trade Commissioner Cecilia Malmstroem said France would be the next battleground between pro-EU liberals and protectionist parties, with polls showing growing unease in the country with globalization ahead of elections next month.

"CETA (the Canada-European Union Comprehensive Economic and Trade Agreement) will come into force provisionally this spring, in a matter of weeks," she said in Ottawa.

The landmark accord was formally signed in October after seven years of tough talks, overcoming last-minute resistance from a small Belgian region that blocked its national government from approving the accord.

It must, however, still be ratified by all 28 EU member states, who have committed to doing their utmost to that end.

"If that fails, we'll have to see," Maelstrom said.

"We don't know (the impact of that) because that has never happened. If that would happen, member states would have to convene and find a way out of this situation," Malmstroem said.

The far right was trounced in Dutch elections last week, and now all eyes are looking to the upcoming French elections as another harbinger.

"If a populist government would come in in France, that would be a threat to a lot of things that we treasure, not only trade agreements."

The commissioner pointed to French far right National Front leader Marine Le Pen's platform, saying it is "not only anti-trade, it's anti-globalization, it's anti-immigration, it's anti-most of the values that a majority of us uphold.

"So that would be a real threat to the European Union as a whole," she said.

The commissioner was in Ottawa to discuss with her Canadian counterpart the idea of creating an international investment court to replace more than 3,400 bilateral investment agreements around the world.

On a stalled EU-US trade deal, Malmstroem commented: "It is paused for the moment. But we don't believe it is dead."