Trump to tackle 3 major issues at ASEAN Summit in Philippines 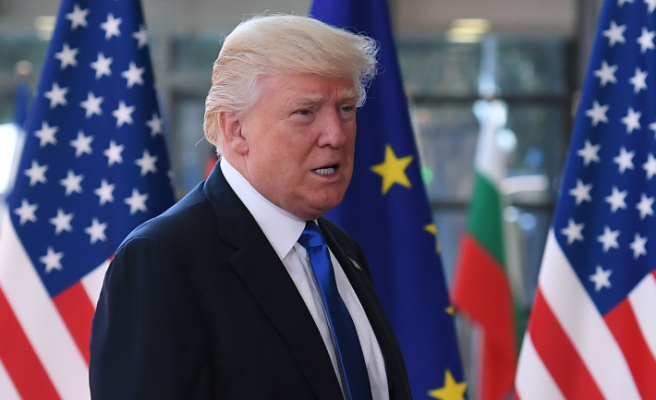 Citing a statement of Patrick Murphy, US State Department’s deputy assistant secretary for Southeast Asia, Manila Bulletin said Trump's objectives in Manila are to support continued peace and prosperity in Southeast Asia and across the entire Indo-Pacific region.

He seeks the peaceful denuclearization of the Korean Peninsula and the end of threatening actions or provocations by North Korea, respect for international law particularly in the South China Sea, and continued partnership in the fight against terrorism.

Since early September following the United Nations Security Council resolutions banning, Mr. Trump vowed to push for the denuclearization of the Korean Peninsula in his response to Pyongyang's continued nuclear weapons test.

According to Murphy, the question on whether or not North Korea’s actuations are in line with ASEAN’s principles of stability, peace, security and prosperity is on the top of President Trump's list when he participates at the ASEAN summit, Nov. 12-13.

“Therefore, there’s a good question on the table whether the DPRK merits continued inclusion in international bodies devoted to these principles such as the ASEAN Regional Forum,” Murphy was quoted as saying.

ARF, the first regionwide Asia-Pacific multilateral forum for official consultations on peace and security issues, which provides a setting for discussion and diplomacy and the development of cooperative responses to regional problems, is the only platform in the ASEAN where North Korea is participating.

On Thursday, Oct. 30, President Rodrigo Duterte and Japanese Prime Minister Shinzo Abe condemned the missile launch tests of North Korea and called on the parties involved to deescalate tensions in the peninsula.

The condemnation was made at Prime Minister Abe's Office in Tokyo during the visit of President Duterte, chairman of the ASEAN Summit. "We condemn these tests and call on all concerned stakeholders to return to the negotiating table to peacefully resolve the situation," the joint statement read.

Concerning the South China Sea issue, Murphy underlined that while the U.S. supports a meaningful Code of Conduct negotiations, he expressed hope that it will yield results that are legally binding, effective and consistent with international law.

Duterte and Abe agreed that the territorial dispute between the Philippines and China has to be solved based on the rule of law and without resorting to force.

Both also emphasized the rule of law in maritime security, and highlighted the importance of the July verdict issued by the arbitration court in The Hague, which ruled in favor of the Philippines.

But Duterte still, is not clear whether he will pursue the rule of law in the South China Sea dispute. He believed his country and Japan were in the same situation and said it was not time to discuss his country’s dispute with Beijing.

He assured that the U.S. is very committed to partnering with ASEAN to strengthen multilateral mechanisms, to enhance aviation and border security, share additional information and counter terrorist financing.

Convening the ASEAN meeting in Manila, Murphy said is quite appropriate since the Philippines is also having a challenge of its own with terrorism in Marawi city in the southern Philippines.