The termination of Salaita in August, two weeks before he was to start teaching, has ignited debate and protests at UIUC and other universities over academic freedom and politics. 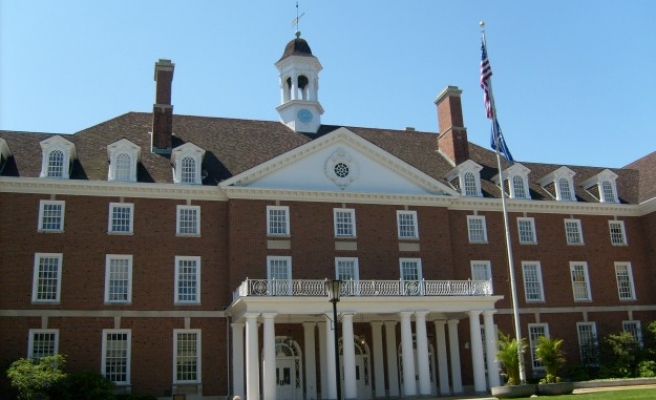 A professor who lost a promised job over his tweets on the recent seven-week Israel-Palestine war demanded on Tuesday that the University of Illinois at Urbana-Champaign (UIUC) reinstate him, citing free speech and academic freedom.

But the university said it was standing by its decision to withdraw Steven Salaita's professorship over his pro-Palestine tweets.

The termination of Salaita in August, two weeks before he was to start teaching, has ignited debate and protests at UIUC and other universities over academic freedom and politics.

Salaita tweeted heavily during the war, including this message on Aug. 1: "Supporters of #Israel should be forced--A Clockwork Orange style--to view pics of smiling children who were killed on endless repeat. #Gaza."

American-born Salaita, of Jordanian and Palestinian parents, has written a number of books and taught at Virginia Tech before accepting a tenured position at Illinois.

On Tuesday, a number of UIUC students walked out of classes to listen to Salaita's first public comments since the university rescinded his appointment to the department of American Indian Studies.

"Universities are meant to be cauldrons of critical thinking; they are meant to foster creative inquiry and, when at their best, challenge political, economic, or social orthodoxy," said Salaita, who spoke along with UIUC professors who support him.

He defended his Twitter messages, saying they were passionate and unfiltered, reflecting his dismay at Palestinian deaths. He accused the university of terminating him under pressure from wealthy donors who dislike his pro-Palestinian views.

Robin Kaler, associate chancellor for public affairs, did not answer a question from Reuters about Salaita's allegation of political pressure. She sent a statement saying the university stands by its decision not to hire Salaita.

UIUC Chancellor Phyllis Wise said in an Aug. 22 statement that the decision was not about Salaita's position on the Middle East conflict, but about "personal and disrespectful words or actions that demean and abuse either viewpoints themselves or those who express them."

Salaita told Reuters he is not antisemitic and that the entirety of his tweets in context shows that "my stand is fundamentally one of acknowledging and countering antisemitism."