Former Trump attorney's decision to plead guilty does not make him a hero, say federal prosecutors 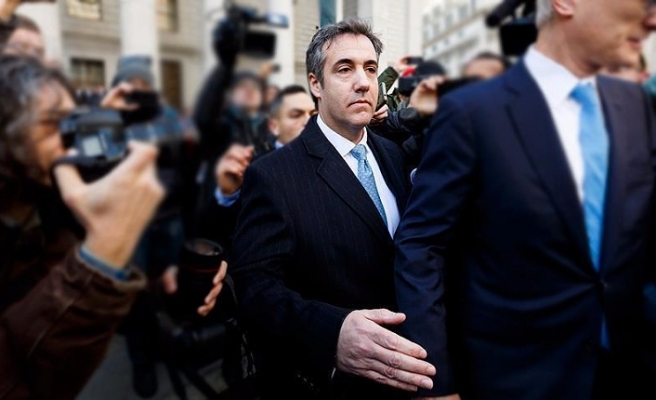 Prosecutors from the Southern District of New York filed a sentencing memo for Michael Cohen and suggested that he be given up to 63 months in prison.

Cohen “orchestrated secret and illegal payments to silence two women who otherwise would have made public their alleged extramarital affairs with Individual-1”, said the memo, referring to Trump.

“In the process, Cohen deceived the voting public by hiding alleged facts that he believed would have had a substantial effect on the [2016 presidential] election.”

Last week, Cohen also pleaded guilty to one count of lying to Congress about work he did on a project to build a Trump Tower in Moscow.

In August, he pleaded guilty to eight federal crimes, including tax fraud and false statements.

While the memo noted that Cohen was helpful to the investigation by special counsel Robert Mueller over potential collusion by Trump’s campaign associates with Russian officials in the 2016 election, prosecutors noted that the information given was done out of "personal resolve".

"After cheating the IRS for years, lying to banks and to Congress, and seeking to criminally influence the Presidential election, Cohen’s decision to plead guilty – rather than seek a pardon for his manifold crimes – does not make him a hero," the memo said.

In a separate filing, federal prosecutors from Mueller's office did not give any recommendation for Cohen's sentence and said that any sentence given should run concurrently.

Cohen is scheduled to be sentenced Wednesday by a U.S. district judge in Manhattan on all of the charges he pled guilty to.