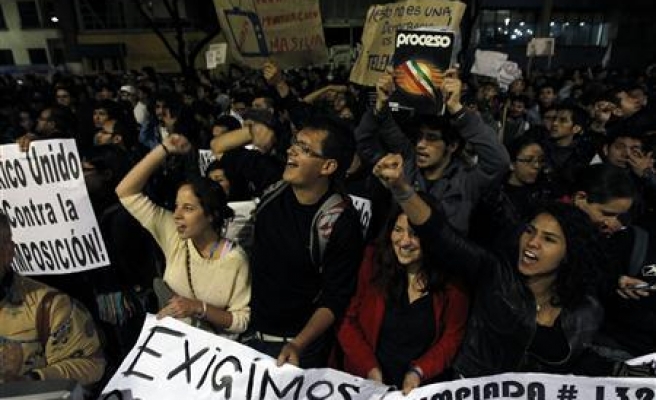 Thousands of protesters on Thursday blockaded the studios of Mexico's most popular TV network, accusing it of biased coverage of the July 1 presidential election.

Shouting "Tell the truth," the demonstrators, including students and union workers, stopped employees entering the offices of the Televisa studios in Mexico City although they allowed others to leave.

The protesters promised to continue the blockade for 24 hours.

Televisa, which carried on broadcasting as normal, argues that it covered the election fairly and gave all candidates time on prime-time news shows.

Televisa is the world's most popular Spanish language network and sells its soap operas around the globe.

Lopez Obrador has claimed that Pena Nieto paid Televisa for favorable coverage and bought votes. He has filed a legal challenge to the vote with an electoral tribunal, asking it to annul the ballot.

The tribunal has until September to rule on the accusations and officially declare Pena Nieto as president. It is widely expected to uphold the vote.