James Mitchell, a former U.S. Air Force psychologist, confirmed some of the specific details in a Senate committee report released last week and defended the practices 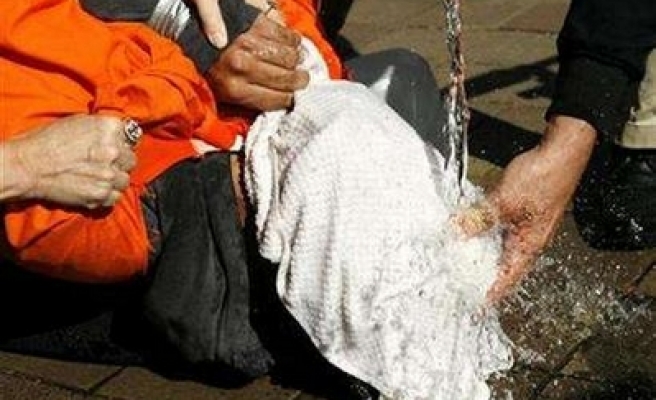 One of the chief architects of the CIA's harsh Bush-era interrogation program has admitted in a media interview for the first time that he waterboarded suspects, including Khalid Sheikh Mohammed, the suspected mastermind of the Sept. 11, 2001 attacks.

James Mitchell, a former U.S. Air Force psychologist, confirmed some of the specific details in a Senate committee report released last week and defended the practices, saying that valuable intelligence was obtained despite investigators' conclusion to the contrary.

"Yes, I waterboarded KSM," Mitchell told the Internet-based global television news outlet VICE News, referring to Mohammed, whose interrogation was described in brutal detail in the report and which has been deemed torture by human rights groups.

"I was part of a larger team that waterboarded a small number of detainees," Mitchell said in the interview posted Monday.

Mitchell and his former Air Force colleague, psychologist Bruce Jessen, were contracted by the CIA to devise "enhanced interrogation techniques" for al Qaeda suspects captured after the Sept. 11 attacks and held in secret prisons.

They also played a crucial role in running and evaluating the interrogations despite having no previous experience as interrogators.

Mitchell acknowledged "there were some abuses" at the "black sites" where prisoners were held. But he insisted he and Jessen were among the unidentified interrogators referred to in the report who raised concerns when unauthorized techniques were used.

He said the Senate Intelligence Committee report "cherry-picked" evidence that presented a distorted picture of the interrogation program.

Mitchell said the waterboarding of Mohammed, which the report said occurred 183 times, was actually "83 pours (of water) that lasted between one to 10 seconds" each. The Senate report said the sessions evolved into a "series of near drownings."

Mitchell also disputed the report's assertion that he and Jessen reaped $81 million from their company's contract with the CIA from 2005 until it was terminated in 2009. He said most of the money was earmarked for "overhead, operating expenses, and salaries for employees."

"I wasn't living hand to mouth, but it wasn't $81 million," Mitchell was quoted as saying. The Senate report said he and Jessen earned as much as $1,800 a day.