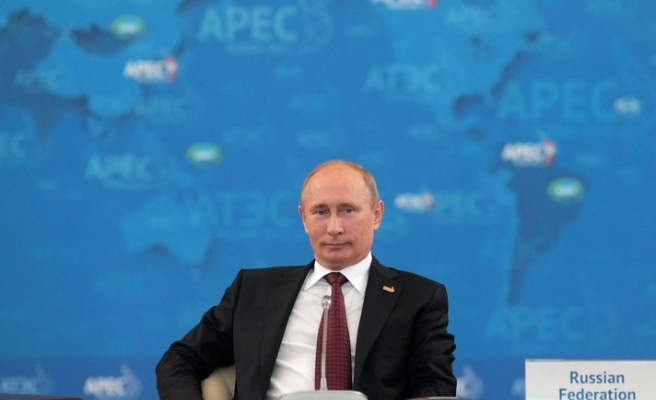 Ukraine is on red alert as Russian military troops gathered near the border may be preparing to invade.

The U.S. has warned Russia, saying it must be transparent about military exercises along Ukraine's border and not take any steps that could be misinterpreted or "lead to miscalculation during a delicate time," U.S. Defense Secretary Chuck Hagel said on Thursday.

"I expect Russia to be transparent about these activities, and I urge them not to take any steps that could be misinterpreted or lead to miscalculation during a delicate time."

Hagel said he hoped to speak with his Russian counterpart in the next day or two.

On Wednesday, U.S. Secretary of State John Kerry warned Russia it would be a "grave mistake" to intervene militarily in Ukraine and said it was considering $1 billion in U.S. loan guarantees and additional funding to help Kiev.

Earlier this month, a Kremlin aide warned that Moscow could intervene and accused Washington of breaching their 1994 treaty, under which Russia removed Soviet nuclear weapons from Ukraine.

It is unlikely the United States and its allies in NATO would risk an outright military confrontation with Russia. But the Russian rhetoric, ringing with echoes of the Cold War, underlines the high stakes in Ukraine, whose 46 million people and sprawling territory are caught in a geopolitical tug-of-war.

Armed men seized the regional government headquarters and parliament in Ukraine's Crimea on Thursday and raised the Russian flag, alarming Kiev's new rulers. They urged Moscow not to abuse its navy base rights on the peninsula by moving troops around.

Asked about the situation in Crimea, Hagel said it was important to "keep the tensions down."

"This is a time for really cool, wise leadership, on the Russians' side, and on everyone's side," he said.

Ukraine's Acting President Oleksandr Turchynov has warned Russia against mobilizing its navy in Crimea, saying that any such move would be regarded as an act of aggression.

Turchynov told the Verkhovna Rada - Ukraine's parliament - Thursday that all Russian troops in Crimea were expected to remain within the boundaries previously set for them.

Turchynov also condemned the armed occupation of the Crimean parliament.

On Wednesday, one person died from a heart attack and 26 others were injured in a clash between pro- and anti-Russian protesters outside the parliament. The local government cancelled a scheduled debate about the peninsula's future in Ukraine.

The political situation in Crimea has been tense since Ukraine was hit by large-scale protests that led to the end of Viktor Yanukovych's presidency.

Yanukovych's policy to move the country closer to Russia was met with widespread opposition in November last year after he scrapped a major trade and association deal with the European Union.