Nearly 250 people are unaccounted for in two flooded counties, and though many may just be out of communication, officials warned that the death toll could rise. 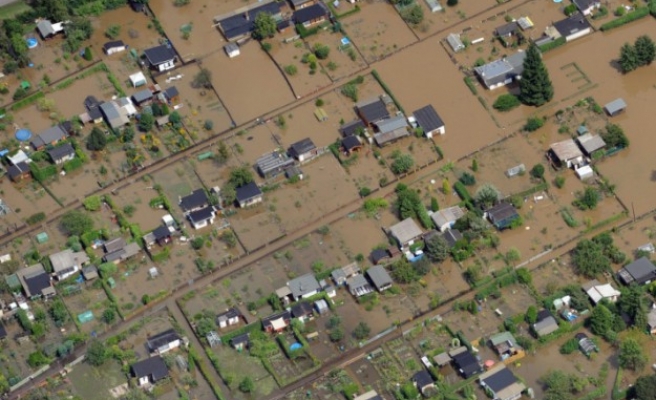 Relentless rains pounded flood-ravaged eastern Colorado for a fifth day on Saturday, triggering more evacuations and warnings as rescuers tried to reach thousands of people displaced or stranded by the deluge that has been blamed for at least four deaths.

Flooding from days of unprecedented rainfall in the semi-arid region has destroyed homes and closed or washed out bridges and roads from mountain canyons from metropolitan Denver to the eastern plains.

A surge from swollen rivers and creeks has flooded downstream farming counties in northeastern Colorado, prompting the evacuation on Saturday of several towns along the South Platte River.

Some areas have seen more than 15 inches of rain in a span of three days, which is above average rainfall totals for an entire year, the National Weather Service said.

National Guard troops have joined local emergency crews stretched thin by the scope of the disaster to team up on search and rescue missions.

Beginning on Monday, seasonal monsoon rains stalled over a swath of Colorado's urban corridor, extending from near the Wyoming border to Colorado Springs, some 130 miles to the south.

By Wednesday night, the saturated mountain canyons west of the population centers could no longer absorb more water, and floodwaters cascaded down into the foothills, particularly in Boulder where thousands fled the rising waters.

Four people are confirmed dead from the flooding, and a fifth victim, a 60-year-old woman, is missing and feared dead after witnesses saw her mountain home swept away by floodwaters, authorities in Larimer County said.

Among the dead were a couple who stopped their car northwest of Boulder and were swept away by flood waters. Both bodies were recovered, the man's on Thursday and the woman's on Friday.

Another casualty was found in a collapsed building near Jamestown, an evacuated enclave north of Boulder, and still another, a man in Colorado Springs, about 100 miles (160 km) to the south, officials said.

Nearly 250 people are unaccounted for in two flooded counties, and though many may just be out of communication, officials warned that the death toll could rise.

"Given the destruction, there is a high probability" of more fatalities, said Sheriff Joe Pelle of Boulder County, where three of the fatalities occurred.

Ashlee Herring, a spokeswoman for the Boulder Office of Emergency Management said, "All the roads on the western side of the county are lost - they're gone."

The Boulder Mountain Fire Protection District sent out a message warning trapped residents that rescuers were having difficulty reaching them.

"We continue to have new landslides and road collapses," the statement said.

Rescue crews got a break when the rains let up on Friday, but by Saturday afternoon the rains returned, prompting the National Weather Service to issue flash flood warnings for canyons west of the Denver metro area.

"This event has stunned all of us," U.S. Senator Mark Udall said after touring the devastated area by air with Governor John Hickenlooper and other members of the state's congressional delegation on Saturday.

The elected officials' tour was interrupted when the crew of the National Guard helicopter they were flying in dropped down to rescue seven trapped people.

Further downstream in Morgan County, the farming communities of Weldona, Goodrich, Muir Springs and Orchard were under evacuation orders.

The size and scope of property losses were unknown, with county assessment teams not likely to begin evaluation of the damage before early next week, once the water has receded, said Micki Frost, spokeswoman for the Colorado Office of Emergency Management.

The flooding was the worst in the state since 1976, when nearly 150 people died in Larimer County in a flash flood along the Big Thompson Canyon.