According to a survey result that conducted between February 20th and February 22nd, 57% Of Republicans say dismantle constitution and make Christianity national religion. 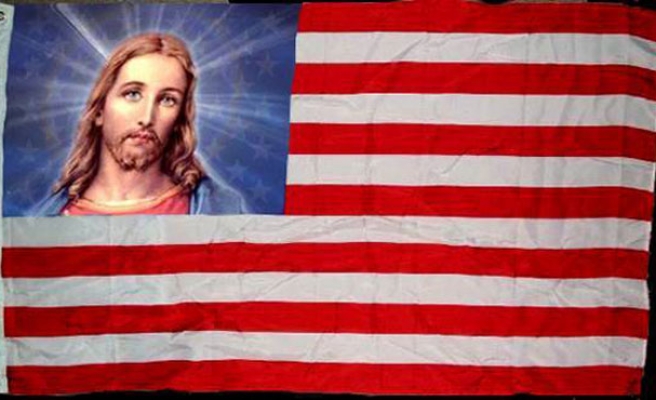 A Public Policy Polling (PPP) national survey conducted between February 20th and February 22nd  of Republican voters, found that an astonishing 57 percent of Republicans want to dismantle the Constitution, and establish Christianity as the official national religion.

While a number of red states have passed statutes forbidding the implementation of Islam-based sharia law in their states, Republicans apparently have no misgivings about turning the United States into a Christian theocracy.

The PPP survey also found that 2/3rds of Republican voters do not believe in global warming, and 49 percent do not believe in the theory of evolution. Not only do they wish to establish a national religion, but it appears that their version of Christianity is one that is at odds with the scientific consensus in climatology and biology.

While a clear majority of Americans self-identify as Christians, most Americans outside the GOP, would be uncomfortable with conservative Dominionist theology. Dominionism calls for imposing a theocracy in America where Christianity is declared the official religion, and the nation is governed by “Biblical law”.

Republican voters seem all too eager to embrace Dominionist theology, even though doing so would violate the First Amendment to the U.S. Constitution. Freedom of Religion is one of the bedrock principles established in our founding documents. Republican voters are gearing up to elect candidates who will undermine the First Amendment and take away our Freedom of Religion. Independents and Democrats must be prepared to stop any candidate who would dismantle the Establishment Clause, whether it be Mike Huckabee, Ben Carson or one of the other GOP presidential candidates.