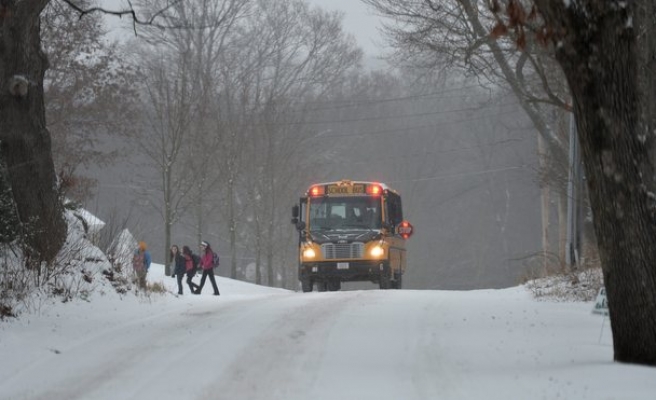 The death toll from the worst snow in memory in western New York has risen to at least 10.

Some areas of New York state along the Great Lakes had around 2 feet (60 cm) of new snow on Thursday on top of accumulations as deep as 5 feet from earlier in the week.

The National Weather Service said parts of the region could expect 3 feet more snow before skies clear on Friday.

At least 10 deaths in the area have been blamed on the storm, Erie County officials said.

"I've been in a lot of snowstorms, and this is by far the worst. There's been more snow in the shortest period of time I've ever seen," said Chuck Specht, 58, who reported 7 feet of snow at his house in Marilla, New York.

Specht was trying unsuccessfully to clear a patch in the snow for the family dog to relieve itself.

"Even for seasoned veterans, this is getting to be a bit much to handle," he said.

"With this heavy snow load now, there are buildings that are in danger," he said.

States of emergency are in effect for 10 counties, driving was banned on many roads and 140 miles (225 km) of the New York State Thruway were closed.

The Buffalo Bills will not play their home game against the New York Jets on Sunday because of public safety concerns, the National Football League said. The NFL said it was in the process of rescheduling and relocating the game.

The Bills had earlier offered to pay $10 an hour plus game tickets to people willing to shovel what it said were 220,000 tons of snow in its stadium.

The National Hockey League postponed the Buffalo Sabres' home game against the New York Rangers on Friday night "due to the continuing weather-related difficulties in the Greater Buffalo area and out of respect for the fans of the Sabres."

Nearly 5 feet of snow have left Tom Irwin, 68, and his family housebound since Monday in Derby, New York, near Buffalo.

"We decided to make the most of it. We put the Christmas tree up," he said. "It's certainly the worst storm we've experienced, and we've been here just under 30 years."