Rice has no regrets on 2012 Benghazi comments

Rice said she did not have any regrets about the 2012 comments. She also said the United States remains committed to catching the perpetrators of the attack. 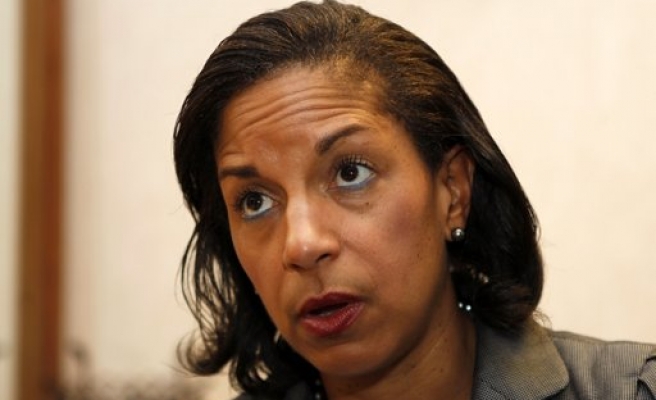 President Barack Obama's national security adviser, Susan Rice, said on Sunday she was not "100 percent correct" in her remarks after the deadly 2012 attack on a U.S. compound in Libya, but called it patently false to say she intentionally misled Americans about the incident.

Republican critics were not satisfied with her explanation, with Senator John McCain proclaiming himself "almost speechless."

On Sept. 11, 2012, an attack by militants killed four Americans at the U.S. mission in Benghazi, including American Ambassador Christopher Stevens. Just days later, Rice appeared on news shows and stated that the attack was the work of a spontaneous crowd, instead of militants.

When Rice's 2012 account proved incorrect, Republican lawmakers accused her of trying to protect Obama during his re-election campaign, which the White House disputed.

Appearing on the NBC program "Meet the Press" on Sunday, Rice said, "I commented that this was based on what we knew on that morning (and) was provided to me and my colleagues - and indeed to Congress - by the intelligence community. And that's been well validated in many different ways since."

"And that information turned out, in some respects, not to be 100 percent correct. But the notion that somehow I or anybody else in the administration misled the American people is patently false," she added.

Rice said she did not have any regrets about the 2012 comments. She also said the United States remains committed to catching the perpetrators of the attack. "And we will stay on it until this gets done," she added.

Amid the fallout from her 2012 remarks, Rice withdrew her name from consideration later that year to be nominated as Obama's second-term secretary of state, and former Senator John Kerry got the job. Instead, Rice was appointed national security adviser, which does not require Senate confirmation.

Appearing on the CBS program "Face the Nation," McCain said Rice in 2012 was reading from talking points that were "absolutely false."

"And of course, the information was totally misleading, totally false - and for Susan Rice to say such a thing, I think, it's a little embarrassing, to tell you the truth," he added.