Risk of govt shut down in US

Carney: "Republicans responsible for any potential US government shutdown" 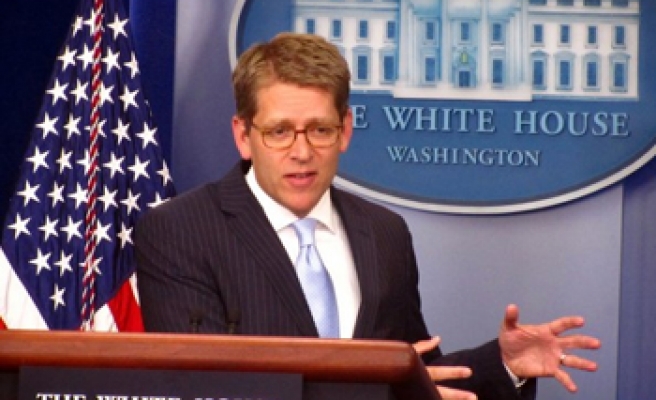 With a government shutdown poised to occur on October 1 if the Congress and the White House can’t agree on a federal budget, White House Press Secretary, Jay Carney, placed the impetus for action on Congressional Republicans.

“Everybody gets hurt when Washington does something stupid like inflict a wound on the economy unnecessarily, in which, in this case, Republicans would be doing it. And this is not about -- as far as we're concerned, it’s not about politics” said Carney.

Hard-line Tea Party Republicans, however, have stated that they would block any budget from passing that includes funding for the President’s Affordable Care Act, the administration’s signature piece of legislation. Obama has refused to consider a budget that does not fund his healthcare reform package. If fully implemented, the act would overhaul America’s healthcare system with several key changes, including a mandate that all American citizens have healthcare, or face a penalty.

The potential impacts of a shutdown, or a corresponding default on America’s debt, would be “terrible” for the American people, said Carney. “Shutdowns are bad because it would create inflicted wounds on the economy.  They have numerous impacts that are negative to the American people and it would be a terrible thing.  And default is just the same, but exponentially.  Default would invariably lead to a global financial and economic crisis. And just toying with the prospect of it, as some Republicans continue to do, is harmful,” said Carney.

He added, “Congress needs to act to ensure that we do not do harm to the recovery, which continues to produce jobs and continues to have the economy grow".