Washington backs Kiev in its struggle against the pro-Russian separatists in two eastern regions of Ukraine and has imposed sanctions on Russia over its policies in the crisis. 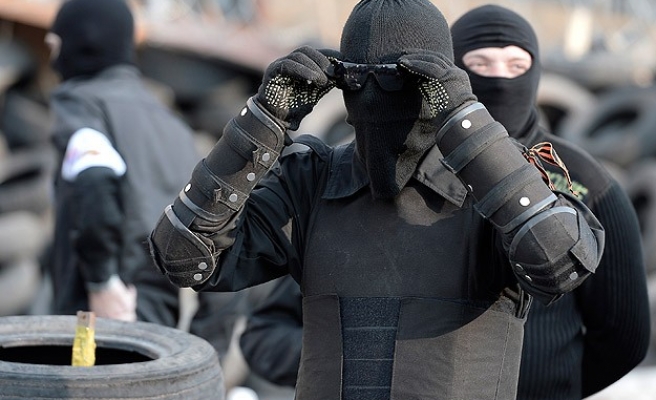 Russia said on Thursday the United States would violate international agreements and destabilise the situation if it supplies weapons to Ukrainian forces fighting separatists in the country's east.

A U.S. official suggested on Wednesday that Washington should consider providing weapons to Ukraine.

"If there is a change of policy (of providing only non-lethal assistance to Ukraine), then we can speak of a serious destabilising factor that can seriously impact the balance of forces in this region," Lukashevich told a news conference.

Lukashevich was addressing reporters before a visit to Ukraine by U.S. Vice-President Joe Biden, who was due to arrive in Kiev on Thursday evening.

Lukashevich cautioned against "a major change in policy of the (U.S.) administration in regard to the conflict" in Ukraine.

U.S. President Barack Obama's choice to fill the number two spot at the State Department, Anthony Blinken, spoke favorably on Wednesday about the possibility of providing weapons to Ukraine, which is grappling with pro-Russian separatists.

Testifying at a congressional hearing on his nomination to be Obama's deputy secretary of state, Blinken said the administration should consider rethinking its policy of not providing lethal aid to Kiev.

Moscow supports the separatists but denies it is part of the armed conflict which the United Nations says has killed more than 4,300 people since mid-April.

Increasing violence, truce violations and reports of unmarked armed convoys traveling from the direction of the Russian border have aroused fears a shaky truce could collapse.

The fragile ceasefire in Ukraine is underpinned by the Minsk Accord, signed on Sept. 5 by Russia, Ukraine and rebels from the Ukrainian separatist regions of Donetsk and Luhansk.

The North Atlantic Treaty Organization has also accused Russia, which annexed Crimea from Ukraine in March, of sending tanks and troops to eastern Ukraine in recent days to support the separatists. Russia denies this.

"I believe that, given the serious Russian violations of the agreement that they signed, the Minsk Accord, that one element that could hopefully get them to think twice and deter them from further action is strengthening the capacity of the Ukrainian forces, including with defensive lethal equipment," Blinken said. "I think it is something that we should be looking at."

In subsequent questioning, however, Blinken declined to say explicitly whether or not he himself favored providing lethal assistance to Ukrainian forces.