It has been reported that two Russian Tu-95 Bear bombers were involved in the exercises in the Labrador Sea between Iceland, Greenland and Canada last week, 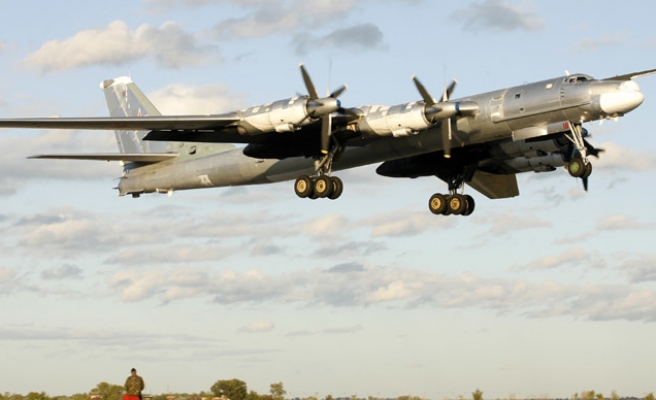 Russian bomber jets have reportedly been involved in exercises which are believed to be practice for a possible cruise missile strike against the U.S.

Two Russian Tu-95 Bear bombers were involved in the exercises in the Labrador Sea between Iceland, Greenland and Canada last week, Bill Gertz stated in his article published in Washington Free Beacon on Monday.

The planes were said to have been tracked over northern Atlantic Ocean and were equipped with six AS-15 nuclear-armed cruise missiles that have a shooting range of 1,800 miles, Gertz wrote.

“Analysis of the flight indicated the aircraft were conducting practice runs to a pre-determined ‘launch box’ — an optimum point for firing nuclear-armed cruise missiles at US targets,” he said.

Citing unnamed defense officials, Gertz said that the US and Canada did not respond to the incident because it took place outside of the North American Air Defense Identification Zone.

Russia Today said that the allegations were not confirmed by representatives for the US Northern Command, the Northern American Aerospace Defense Command or NORAD.

Gertz's allegations come a month after both Japan and the Netherlands had to escort Russian Tu-95 bombers out of their airspace in a similar incident.

On Sunday, Canada accused Russian fighter jets of acting in an "unnecessarily provocative" manner after their ship HMCS Toronto was circled.

Canada's minister of national defence Rob Nicholson said in a statement that "the acts perpetrated by Russia were unnecessarily provocative and are likely to increase tensions further."

"Canada and its allies are involved in security measures taken by the acts of military aggression perpetrated by the Putin regime and because of the invasion of Ukraine," he said, calling on Russia to stop its "irresponsible actions."