Several hurt in chopper crash on US carrier in Pacific

There were no details on how many people were injured when the MH-60 Seahawk crashed shortly after take-off on Friday morning. 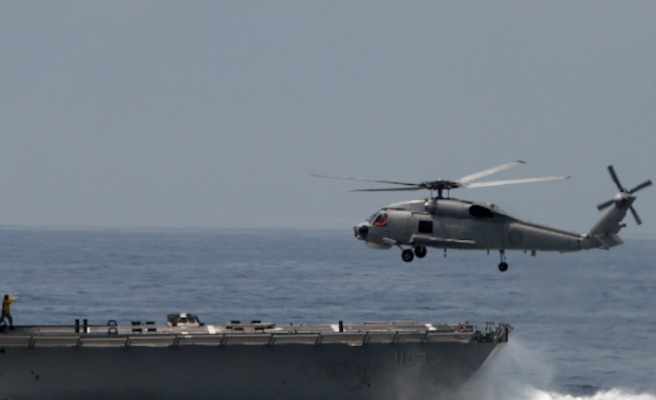 A US Navy helicopter crashed on board a US aircraft carrier patrolling the Pacific on Friday, causing several injuries, the military said in a statement.

"All injured personnel are in stable condition under evaluation by Ronald Reagan medical staff. While some personnel will be medically evacuated ashore, none of the injuries is life-threatening," the US 7th Fleet said in a statement.

"The cause of the mishap is under investigation," the statement added.

The ship was conducting "routine operations" in the Philippine Sea at the time of the accident and remains "fully mission capable," the military added.

The massive nuclear-powered aircraft carrier patrols throughout the Pacific, including sailing through the disputed South China Sea earlier this year as part of a mission intended to reassure Washington's allies in the area.