Shooting at Muslim cemetery in Canada, 4 in hospital

Gunfire erupted after a funeral at the Calgary Muslim Cemetery near Cochrane Friday afternoon, when an altercation broke out between some of the attendees, Mounties say. 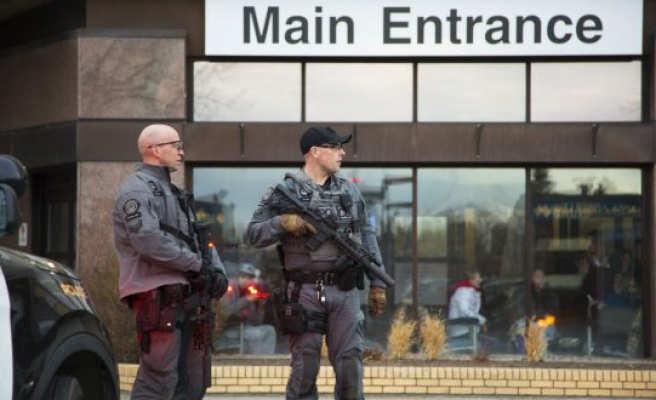 Four men were taken to hospital with gunshot wounds after a shooting at a Muslim cemetery outside of Calgary on Friday, though police were quick to say it did not appear the victims were targeted because of their religion.

"We do not believe it's a hate crime at this time," said Cpl. Hal Turnbull, a spokesman for the Royal Canadian Mounted Police (RCMP) in Alberta, sayin that officers were looking at various other possibilities, including the possibility it could be gang-related.

Zouheir Osman, director for the cemetery about a kilometre east of Cochrane, where Friday’s shooting occurred, said a service for a 21-year-old man had just wrapped up and some guests had already left prior to the incident.

He said he’d also left by about 3:15 or 3:20 p.m., but he turned around when a neighbour called to tell him something had happened.

“You don’t know what to do,” Osman said.

“You don’t know what to think.”

Local media reported that there was a funeral earlier in the day at the cemetery, which serves Calgary's Muslim population, and a group had stayed on site after the service. That is when the shooting is believed to have occurred.