Thousands are expected to attend the funeral of Michael Brown, whose death has sparked anger against police. 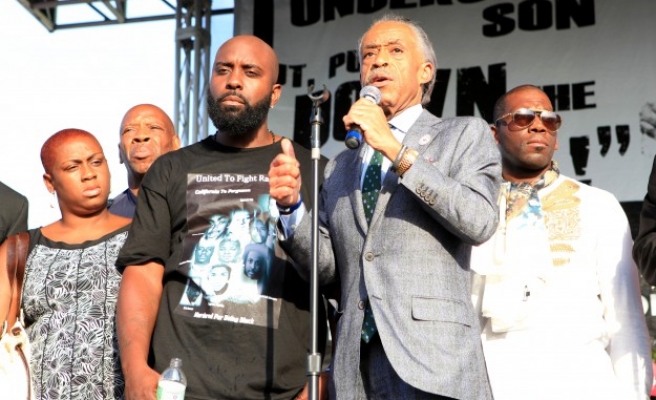 The father of the slain unarmed teen whose death provoked nearly two weeks of protests in a St. Louis suburb has called on protesters to observe a “day of silence” ahead of their son's funeral tomorrow.

"Please, please take a day of silence so I can, so we can, lay our son to rest," said Michael Brown, whose slain son shared the same name, during brief remarks to hundreds gathered for an annual festival promoting non-violent activism. “That’s all I ask.”

Since the junior Michael Brown was shot and killed on August 9, the St. Louis suburb of Ferguson has seen nightly protests – some devolving into chaos with police crackdowns and looting.

On Monday, thousands are expected to attend his funeral at the Friendly Temple Missionary Baptist Church in St. Louis, including three members of the Obama administration.

The Reverend Al Sharpton, a long-time civil rights proponent who is slated to attend the funeral, urged protesters to heed the Brown family’s call during Peace Fest 2014, the annual event that drew throngs to Forest Park in central St. Louis on Sunday.

"This is not about our rage tomorrow, it's about the legacy and memory of his son," he said.

St. Louis County police have yet to conclude their investigation into Brown's shooting, but fears have arisen that if the investigation concludes without an indictment, violent clashes could return to the St. Louis suburb.

The parents of Trayvon Martin, an unarmed 17 year-old killed in a confrontation with an off-duty neighborhood watchman in Florida in 2012, also attended Sunday's event along with U.S. Congresswoman Maxine Waters.