The device, approximately two feet (61 cm) in diameter, was spotted flying at a low altitude at 3:08 am EST (0808 GMT) before it crashed on the southeast side of White House grounds. 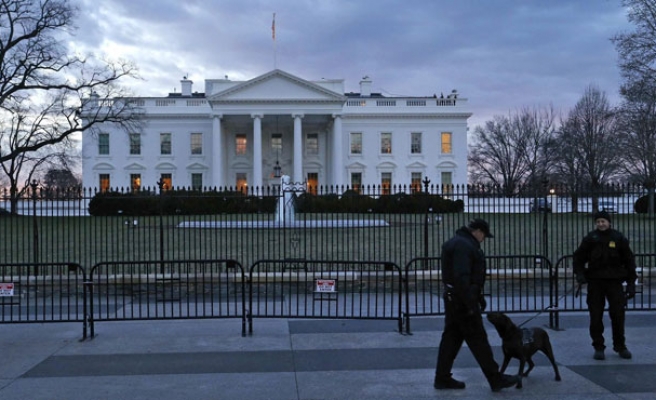 The U.S. Secret Service recovered a small drone known as a "quad copter" on the grounds of the White House early on Monday, but there was no immediate danger from the incident, the White House said.

The device, approximately two feet (61 cm) in diameter, was spotted flying at a low altitude at 3:08 am EST (0808 GMT) before it crashed on the southeast side of White House grounds, Secret Service spokeswoman Nicole Mainor said in a statement.

"An investigation is underway to determine the origin of this commercially available device, motive, and to identify suspects," Mainor said.

White House spokesman Josh Earnest told reporters traveling with President Barack Obama in India on Monday that the Secret Service - the agency that protects Obama and his family, and secures the White House grounds - is investigating.

"The early indications are that it does not pose any sort of ongoing threat right now to anybody at the White House," Earnest said at a briefing.

Obama is in New Delhi for three days as part of a diplomatic push to forge closer ties with India, part of a strategy to "rebalance" U.S. defense and trade to Asia to counter a more assertive China.

His wife, Michelle Obama, accompanied the president. Their daughters, Sasha and Malia, and the first lady's mother, Michelle Robinson, stayed behind.

"I don't have any reason to think at this point that the first family is in any danger," Earnest said.

U.S. regulators are working to draft new rules for commercial drones used for farming and news gathering. The small remote-controlled aircraft also have become popular as toys, raising privacy concerns as well as safety issues after close calls with jets.

The Secret Service also has come under scrutiny after several incidents. Its director resigned in October, and an independent review concluded that it needs to build a better fence and hire more officers.

Mainor said there was an "immediate alert and lockdown of the complex until the device was examined and cleared."