A grand jury has been meeting for nearly three months, considering whether to indict Ferguson, Missouri, police officer Darren Wilson for the Aug. 9 shooting of Michael Brown 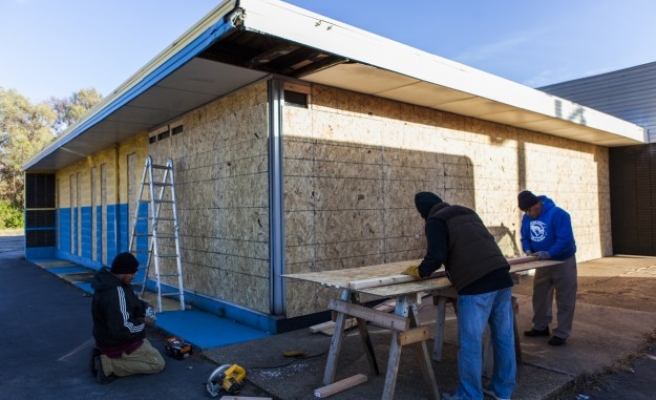 A St. Louis suburb that faced weeks of sometimes violent protests following August's fatal shooting of an unarmed black teenager by a white policeman remained on edge on Wednesday as it waited to learn if the officer would face charges.

A grand jury has been meeting for nearly three months, considering whether to indict Ferguson, Missouri, police officer Darren Wilson for the Aug. 9 shooting of Michael Brown, an incident that laid bare long-simmering racial tensions in the mostly black city.

Missouri Governor Jay Nixon has declared a state of emergency ahead of the grand jury's report, which officials said would likely come this month and that many expect to provoke another wave of protests.

Nixon has defended the emergency declaration, which some called heavy-handed, particularly given that protests in recent days had been peaceful. The state of emergency allows the National Guard to deploy to the St. Louis area. Officials said Guard members will not play a front-line role in interacting with protesters.

St. Louis Mayor Francis Slay asked for 400 National Guard troops to be deployed to his city, to work in alternating 12-hour shifts at 45 locations around the city, St. Louis Public Radio reported.

"We will not try to disrupt, minimize, or in any way impede our constituents' constitutionally protected right to assemble and speak freely," Slay wrote in a letter to the city's Board of Alderman, a copy of which the broadcaster posted online. "Our primary missions are to keep people safe, protect property and safeguard constitutional rights."

St. Louis officials could not be immediately reached for comment.

Officials said local police had been through conflict de-escalation training since August, after being criticized for using tear gas and rubber bullets on protesters who at times threw rocks and gasoline bombs. Activist leaders have also been training potential protesters in nonviolent civil disobedience techniques.

There are conflicting accounts of what preceded the Aug. 9 shooting of Brown, with some witnesses contending he had raised his hands in surrender and others describing a struggled between the teen and Wilson.