Leonard Nimoy revealed in an interview how a Jewish sign, signifying the feminine aspect of God was used for the Vulcan greeting, which has been used by unwittingly by thousands of people. 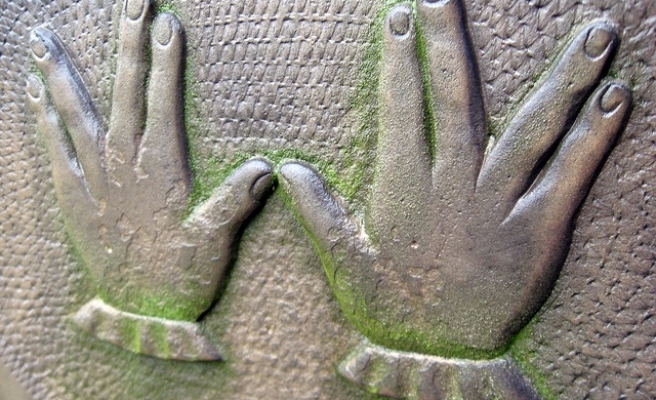 Leonard Nimoy was synonymous with the Vulcan hand salute, to 'Live Long and Prosper,' but even the most dedicated Trekkies are completely unaware of the Jewish origins of the famous greeting and its personal significance to the actor.

Nimoy, the son of a barber, was born in Boston, Massachusetts, on 26 March 1931 to Ukrainian immigrants who were Orthodox Jews. The actor first saw what would later become the Vulcan salute, as a child during an Orthodox Jewish synagogue service in Boston.

Nimoy first witnessed the gesture as part of a religious Jewish blessing. In a 2013 interview with the National Yiddish Book Centre he recalled how the memory of the moment never left him.

The sign is made during a ritual made by the priests and when instructed to not look which he didn't at first, but then as a young child took a peek and it had stayed with him. So when the time came when the first Vulcans recogised others of their race, a special greeting became necessary, Nimoy suggested the Shin sign.

"I think we should have some special greeting that Vulcans do," Nimoy recalled saying. He suggested the prayer gesture from his childhood. "Boy," he said, "that just took off. It just touched a magic chord."

He further noted that "most people to this day still don't know. People don't realize they're blessing each other with this!"