The remnants of Emily posed no threat to oil and gas production facilities in the U.S. Gulf of Mexico. 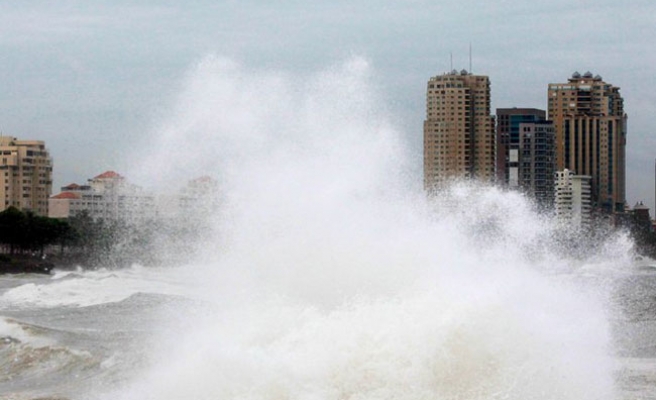 Thunderstorms from dissipated Tropical Storm Emily moved over eastern Cuba and southeastern Bahamas on Friday and had a 60 percent chance of regenerating into a tropical cyclone in the next 48 hours, the U.S. National Hurricane Center said.

Authorities in Florida were watching the weather system as it moved northwest but most forecast tracks showed it keeping away from the state's south coast and eventually swinging into the Atlantic.

The remnants of Emily posed no threat to oil and gas production facilities in the U.S. Gulf of Mexico.

Emily, the fifth named storm of the 2011 Atlantic hurricane season, lost intensity as it rolled over mountainous Hispaniola island, dumping rain on Haiti and the Dominican Republic.

Dominican Republic authorities and media reported at least one death caused by the rains and resulting floods. They said some 7,000 people had been forced to leave their homes, with dozens of villages cut off by floodwaters and swollen rivers.

"This system remains disorganized but upper-level winds are expected to become a little more favorable for development on Saturday," the Miami-based hurricane center said, giving it a "high chance" of reforming into a tropical cyclone.

On Thursday, the U.S. government weather agency NOAA raised its outlook for activity in the 2011 Atlantic hurricane season, predicting it would produce seven to 10 hurricanes.

Three to five of those were expected to strengthen into "major" hurricanes of Category 3 or higher on the five-step Saffir-Simpson intensity scale, with top winds of at least 110 miles (178 km) per hour, it said.

In May, NOAA projected six to 10 hurricanes.