Support for justice in Palestine soaring on US campuses

Students for Justice in Palestine expand their support base in US colleges following Israel's recent offensive in Gaza. 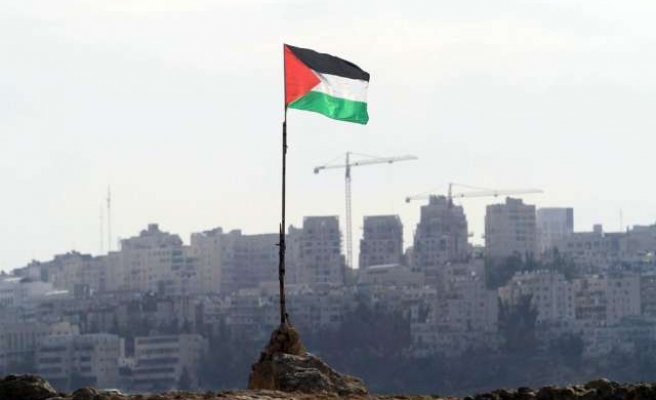 A student-led movement taking shape on U.S. college campuses have seen a growing number of young activists organizing around solidarity with Palestine.

The Students for Justice in Palestine organization, one of the major solidarity coalitions, now has more than 110 active chapters in the U.S. and the number is growing.

The movement enjoys the backing from those with a wide array of political thought and a support base that significantly grew after Israel's "Operation Cast Lead" and "Operation Protective Edge" assaults on Gaza in 2008-09 and this summer respectively.

According to Aman Muqeet of the organization's National Steering Committee, Israel’s summer offensive affected all of those who are in solidarity with the Palestinian people. "It has strengthened our resolve and commitment to the work we do."

Operation Protective Edge began July 7 and lasted for 51 days; it killed more than 2,000 Palestinians, mostly civilians, according to Palestinian health officials. More than 10,000 others were reported injured.

"Also, it has empowered us because we have seen an unprecedented amount of support from the international community," Muqeet said. "Musicians, actors, and public figures voicing support for Gaza, corporations distancing themselves from Israeli crimes; consumers joining the Palestinian-led call for a boycott of Israeli goods and corporations that support Israel; millions of people around the world taking to the streets to demand justice."

He says public opinion in the U.S. and the West shifted significantly after Israel's summer assault.

"The Protective Edge massacre has brought the realities of a brutal colonial empire to the fore ... On campuses, students are more informed than they were in the past and are keeping up with the developments."

An Oct. 24 report by the New York-based Jewish organization Anti-Defamation League reported a dramatic increase in the number of pro-Palestine events scheduled on U.S. campuses since the massacre.

There were 75 events scheduled since the beginning of the 2014-2015 academic year, which started in late August or early September at most American universities, the report said. That number marks a 114 percent increase compared with the same period last year.

"Israel has done an excellent job of demonstrating to the international community the lack of regard it has for civilians, justice, and human rights," according to Muqeet.

Brooklyn College has a Students for Justice in Palestine chapter. Organizers there say their aim is to raise awareness about the human rights violations being committed by Israel against the Palestinians and to build solidarity with the Palestinian struggle for justice, freedom, self-determination and the right of return.

The group’s president, Sarah A. Aly, says the chapter has received more requests during the current academic year from students who want to join the chapter when compared to last year.

"Our membership is very diverse and we work with non-Muslim groups on a regular basis on campus, such as the Latino and black clubs as well as DreamTeam and LGBT club," she said.

The group finds connections between Israeli actions in Gaza and the shooting of unarmed black teenager Michael Brown by a white police officer in Ferguson, Missouri.

"We do draw the parallels because the struggles that communities of colors face in the U.S. are connected to the Palestinian struggle in many ways. We fully support the people in Ferguson and all those fighting for justice and liberation. One of our members was in Ferguson to show support for them and the support for Palestine she received while she was there was very evident."

Brown’s death set off mass protests, which have since continued at various levels around the country.

Muqeet says the Students for Justice in Palestine stands in solidarity with not just Mike Brown and Trayvon Martin, but all victims of racial violence.

Israel has traditionally been a close ally of the U.S., and has been assisted since its founding with substantial amounts of American financial and military aid.

What young activists believe to be a "lack of objectivity" from the U.S. government toward Israel's massacres is also adding to the rise in the number of students who support for the Palestinian cause.

"When students see this, they ask questions and they want to learn more, and effect positive change which will bring an end to the human rights violations and occupation of Palestine, and end U.S. military support for Israel's occupation and human rights abuses," Muqeet said.

"So, I anticipate a steady growth of students that support justice in Palestine."