Eric Trump, son of the Donald Trump received a threatening letter containing a “granular” substance, and now a multi-agency investigation is underway, led by the FBI's Joint Terrorism Task Force in New York and the Secret Service. 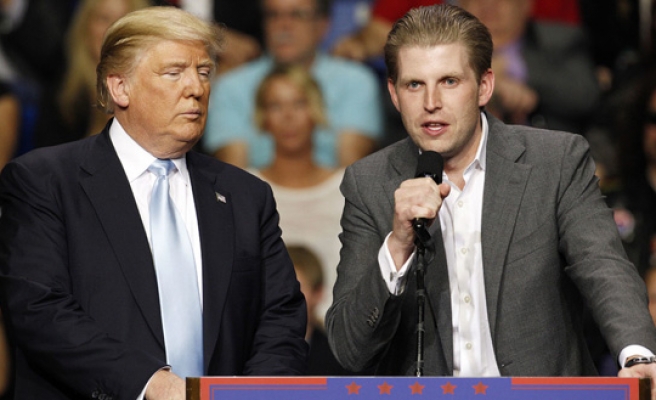 A threatening letter containing white powder was sent to a son of Donald Trumpwarning the Republican frontrunner to quit the presidential race, New York police and reports said Friday.

The letter was sent to Eric Trump, 32, who has been out campaigning for his father across the United States, at his swanky Manhattan apartment at 100 Central Park South, also known as Trump Parc East, CBS News reported.

It had a Massachusetts postmark and warned that if Trump does not abandon his run for the White House harm will come to his children, the television channel said, quoting a source close to the investigation.

The envelope contained white powder that has been sent for testing but which does not initially appear to be hazardous, CBS reported.

New York police, who are investigating, told AFP that officers responded to a call about a suspicious letter at 100 Central Park South at around 7:15 pm (2315 GMT) Thursday.

"The letter has been removed and is being examined by law enforcement authorities. No injuries have been reported in connection with this incident," the police department said in a statement.

Eric Trump is the third son of the New York real estate tycoon and works as executive vice president of development and acquisitions at The TrumpOrganization.