Takata air bags are the target of a U.S. safety investigation that started earlier this year over the risk that they could explode during an accident, spraying metal shards 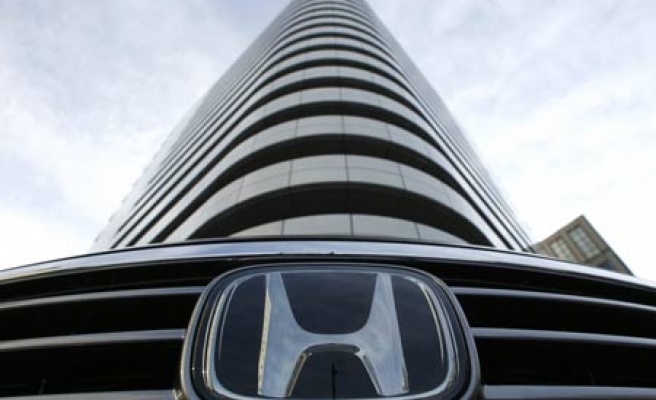 Takata Corp and Honda Motor Co were hit Monday with a lawsuit over an air bag linked to the death last month of a woman in Florida, the latest legal issue for the companies as they continue to recall millions of vehicles for the faulty part.

The family of Hien Tran filed a wrongful-death lawsuit in state court in Orange County, Florida, according to the family's lawyer, Henry Didier. Tran died on Oct. 2, three days after her 2001 Honda Accord hit another car and the air bag exploded, the suit said.

A medical examiner in Florida told Reuters that Tran had "stab-type wounds" from air-bag shrapnel that contributed to her death, which was originally investigated as a homicide due to the nature of her wounds.

"A Honda spokesman said the company had not seen the suit and could not yet comment. He said Honda encouraged owners of recalled cars to get their vehicles fixed."

Takata air bags are the target of a U.S. safety investigation that started earlier this year over the risk that they could explode during an accident, spraying metal shards. More than 16 million vehicles made by nearly a dozen different automakers have been recalled globally over the problematic parts since 2008.

Tran's death is the most recent of four in the U.S. known to be linked to Takata air bags in Honda vehicles. Three of those deaths, including Tran's, were in Honda Accords, the lawsuit said. Honda has also identified a fifth air bag-related fatality in Malaysia.

The lawsuit accused Honda of failing to adequately warn car owners about the potential dangers, even after it had issued recalls and received reports about air bag-related injuries and deaths. Between 2009 and 2014, at least eight serious injuries were linked to the air bags, the suit said.

The lawsuit cited a Sept. 22 message from Honda to its dealer network telling them not to "proactively contact customers at this time" about the issue because there were not enough replacement parts. That message went out a week before Tran's accident, the lawsuit said.

"She didn't know about it, because she never got a recall notification until after she was dead," Didier told Reuters.

In addition to several personal-injury and wrongful-death suits, Takata, Honda and other car makers affected by the recalls face more than 15 proposed class actions from customers who say the safety issues caused their vehicles' value to plummet.