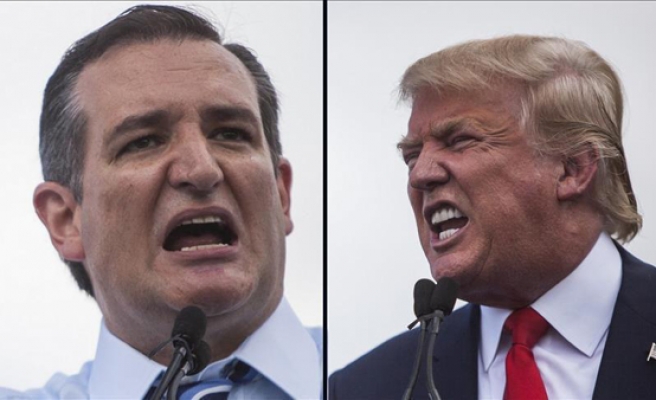 Muslim refugees should be barred from U.S. entry and the country’s law enforcement should be authorized to infiltrate their neighborhoods to prevent radicalization, a Republican presidential candidate said Tuesday.

“We need to immediately halt the flow of refugees from countries with a significant al-Qaida or ISIS presence. We need to empower law enforcement to patrol and secure Muslim neighborhoods before they become radicalized," Texas Sen. Ted Cruz said in a statement condemning terror attacks in Brussels.

Cruz said terrorists target Western culture, noting that the identities of the victims are irrelevant for extremists. "For years, the West has tried to deny this enemy exists out of a combination of political correctness and fear. We can no longer afford either,” he added.

The Republican candidate also blamed migrants, claiming that they might have been infiltrated by terrorists and “isolated, radical Muslim neighborhoods”.

Executive Director of the Council on American-Islamic Relations (CAIR) Nihad Awad condemned Cruz for targeting American Muslims. Awad, who leads the nation’s largest Muslim civil rights and advocacy organization, told Anadolu Agency that all Americans should condemn his anti-Muslim sentiments as they go against the Constitution.

“Ted Cruz’s proposal to monitor American Muslims is unconstitutional, un-American, and it is unbefitting for a statement to come from one of the leading presidential candidates,” he said.

Cruz’ comments show that he is not ready to be president because he lacks the temperament needed to handle a national security crisis, according to Awad.

Republican front-runner Donald Trump made remarks about the Brussels attacks that were also in line with Cruz.

“These attacks are not done by Swedish people. That I can tell you, we have to be smart. We have to look at the mosques and study what’s going on. There is a sick problem going on.”

Both candidates are known for their anti-Muslims sentiments that followed terror attacks in Paris in November.

At the time, Trump demanded the U.S. initiate a ban on all Muslims trying to enter the country.

Tuesday he reiterated those sentiments with CBS News, saying that he would be “extremely careful about people from the Middle East coming into our country”.