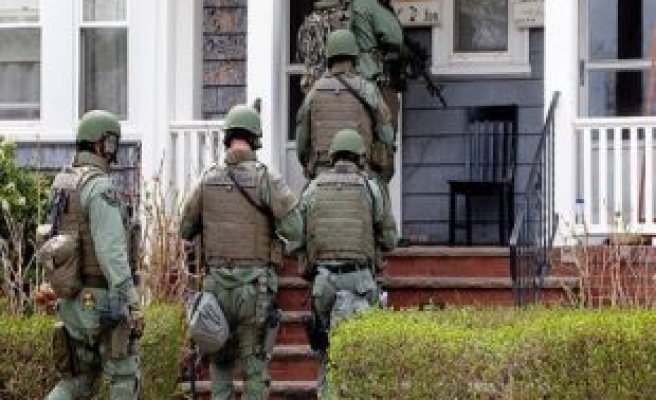 A 13-year-old boy who had been reported missing four years ago was discovered alive, hidden behind a fake wall of a home near Atlanta, Georgia, and reunited with his mother early on Saturday, police said.

Five people living in the home in Jonesboro, 17 miles (28 km) south of Atlanta, were taken into custody, among them the boy's father, Gregory Jean, 37, and an adult female, said Sergeant Kevin Hughes of the Clayton County police.

Jean and Samantha Joy Davis face charges of false imprisonment, cruelty to children and obstructing an officer, he said, adding that three juveniles also in the home were facing obstruction charges.

The boy's mother apparently had reported him missing to child welfare but not police, and no missing person's report was filed in Clayton County, Hughes said.

The teen was apparently able to get to a phone recently and contacted his mother with his whereabouts, authorities said.

Clayton County police went to the home on Friday to look for the 13-year-old but Jean and Davis said they had no information about the boy, Hughes said.

Several hours later, police came back and again searched the residence. While the police were in the home, the boy called his mother, who relayed to officers where her son was hidden in the house, Hughes said.

"They discovered him hidden behind a false wall in the interior portion of the home," he said.

The boy appeared to be in good physical health and was reunited with his mother, who had come to Georgia from out of state, Hughes said.

Neighbors in their quiet, well-kept Jonesboro neighborhood said the family moved in about six months ago and kept to themselves.

The 13-year-old boy always seemed to be home and did not appear to be enrolled in school, they said.

"We just thought that they liked to keep to themselves," said neighbor Julie Pizarro, 37, adding that the boy was often seen tending the yard.

"You can see the yard is immaculate," she said. "The boy kept it that way."

The teen went missing in 2010 while visiting his father in Florida, WSBTV reported.

Jean was being held in Clayton County jail and no bail has been set, online records show.