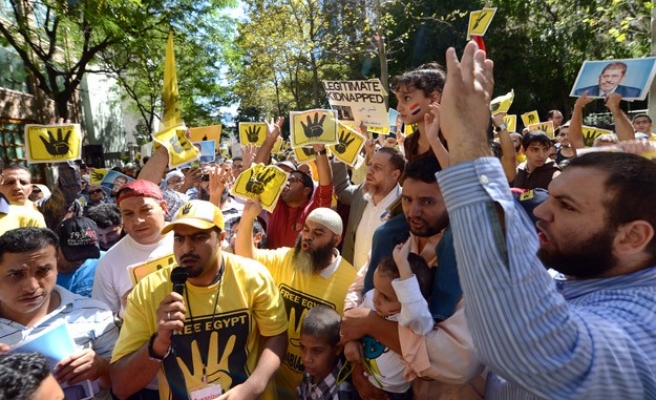 Tension between Egyptian groups emerged in New York just in front of UN Headquarters as pro-democracy protesters and Al-Sisi supporters demonstrated at the same time.

Security forces took extra safety measures during the 4-hour long protests and tried hard to keep the groups apart as they very often teased each other.

Protests ended without any trouble.