Tesla under US criminal probe for Model 3 comments

The investigation was the yet another tangle with federal authorities for the electric automaker, whose share price was repeatedly buffeted earlier this year after a series of erratic-seeming comments by Chief Executive Elon Musk. 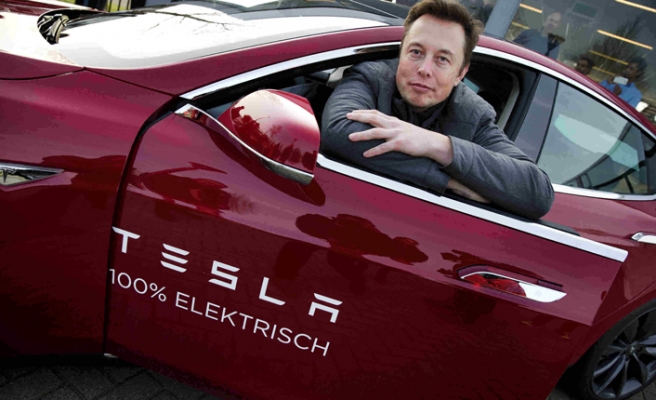 US criminal investigators are probing whether Tesla Motors misled investors about the timetable for meeting key car production targets, a person familiar with the matter said Friday.

The probe, which has been underway since earlier this year, concerns whether the automaker told investors it was on track with targets for the closely-watched build-out of the Model 3 car despite knowing it could not meet such goals, The Wall Street Journal reported Friday.

A Tesla spokesperson confirmed the company had received a "voluntary request" earlier this year from the US Department of Justice about its "public guidance for the Model 3 ramp" and cooperated with the request.

"We have not received a subpoena, a request for testimony or any other formal process, and there have been no additional document requests about this from the Department of Justice for months," the Tesla spokesperson added.

Tesla and Musk have been under heightened scrutiny since Musk on Twitter floated a proposal in August to take Tesla private, saying he had "funding secured" for a deal.

Musk settled with the Securities and Exchange Commission over the matter last month, agreeing to pay a $20 million fine and step down as chairman to resolve allegations of fraud.

The Justice Department has also been probing Musk's statements about taking the company private.

The Wall Street Journal described the Justice Department's probe of the Model 3 as "deepening," saying the Federal Bureau of Investigation in recent weeks had sought to interview a number of former Tesla employees who had been subpoenaed earlier.

The Tesla spokesperson said the company had been "transparent" about "how difficult it would be" to meet targets.

"Ultimately, given difficulties that we did not foresee in this first-of-its-kind production ramp, it took us six months longer than we expected to meet our 5,000 unit per week guidance," the spokesperson said.

"Tesla's philosophy has always been to set truthful targets – not sandbagged targets that we would definitely exceed and not unrealistic targets that we could never meet."

In August, a federal judge in California dismissed a case brought by investors who had sued over Tesla's statements about the Model 3.

The company on Wednesday reported an "historic" profitable quarter driven by demand for the mass-market Model 3.

Shares closed up more than five percent on in New York on Friday, adding to Thursday's gains.