'I stand ready to register as Muslim in #solidarity', Madeleine Albright says as thousand vow to follow suit 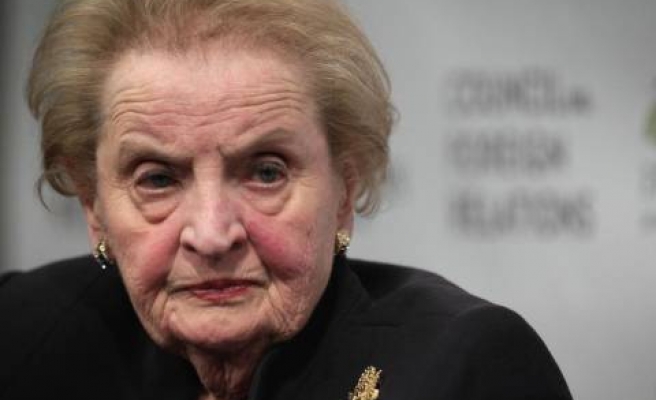 A growing number of celebrities and politicians have said they would register as Muslim should President Donald Trump fulfill a campaign pledge to have all Muslim-Americans register on a national database.

Whether Trump fulfills the promise is anybody's guess. The recently inaugurated American president has shown a proclivity to act unpredictably during his first week in office.

But America's first female Secretary of State has said if Trump follows through on his promise, she is prepared to register despite not being a Muslim.

"I was raised Catholic, became Episcopalian & found out later my family was Jewish. I stand ready to register as Muslim in #solidarity,” Madeleine Albright tweeted earlier this week.

She has been joined by a growing chorus of non-Muslims promising to eschew the registry's intended purpose.

So far, feminist icon Gloria Steinem, Anti-Defamation League CEO Jonathan Greenblatt and actress Mayim Bialik have said they will act in line with Albright. All are Jewish or of Jewish descent.

"I'm Jewish. I stand ready to register as a Muslim in #solidarity if it comes to that," Bialik wrote on Twitter.

At the grassroots-level, a website called www.registerus.today has collected more than 30,000 signatures of people pledging to register as Muslim. It is unclear how many are Muslim but the page is seeking solidarity from all "because when we stand as one, no American can be singled out by their race, religion, income, gender identity, or sexual orientation".

Shortly after Trump won the Nov. 8 presidential race, his now Chief of Staff, Reince Priebus, said he would not institute the database, but only time will tell if Trump 's actions match his words.

In December 2015, Trump called for a "complete shutdown" of Muslims entering the U.S., citing security concerns. Amid public outrage, he later refined the proposal to be one of "extreme vetting" for those coming from countries where terrorism continue to be a significant problem.

Trump tweeted Nov. 20: "I didn't suggest a database-a reporter did. We must defeat Islamic terrorism & have surveillance, including a watch list, to protect America", after saying a year earlier he would "absolutely" require Muslims to register.

The American president has since been oblique about whether he would pursue a registry. His nominee to lead the State Department, Rex Tillerson, was evasive when asked if he would support the proposal during his Senate confirmation hearing.