'He hates us': Muslim father of NC victims says daughter had run-ins with alleged killer. 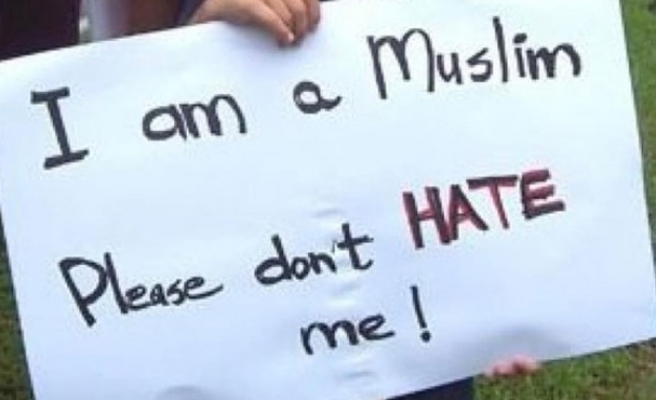 Police say a dispute over a parking space spurred the murder Tuesday of three North Carolina college students, but the Muslim father of two of the victims insisted Wednesday that his daughters' neighbor and alleged killer had menaced them before and was driven by hate.

The killings occurred in a condominium complex in a wooded area filled with two-story buildings. Neighbors said parking spaces were often a point of contention.

"I have seen and heard (Hicks) be very unfriendly to a lot of people in this community," said Samantha Maness, 25, a community college student. But she said she had never seen him show animosity along religious lines.

On Facebook, Hicks' profile picture reads "Atheists for Equality" and he frequently posted quotes critical of religion. On Jan. 20 he posted a photo of a .38-caliber revolver that he said was loaded and belonged to him.

Hicks' wife, Karen Hicks, told reporters at a news conference that her husband had been locked in a longstanding dispute over parking and the killings had nothing to do with religion. She said Hicks was not hateful and believed "everyone is equal."

Barakat's family urged the shooting be investigated as a hate crime and said the three were killed with shots to the head.

“It was execution-style, a bullet in every head,” the women’s father, Dr. Mohammad Abu-Salha, a psychiatrist, told the Raleigh News-Observer. “This was not a dispute over a parking space; this was a hate crime. This man had picked on my daughter and her husband a couple of times before, and he talked with them with his gun in his belt. And they were uncomfortable with him, but they did not know he would go this far.”

Abu-Salha said his daughter, who lived next door to Hicks, wore a Muslim head scarf and told her family a week ago that she had “a hateful neighbor.”

“'Honest to God, he hates us for what we are and how we look,’” the distraught father quoted his daughter as saying.

Authorities, however, have not said whether they suspect the triple homicide was a hate crime.

"The events of yesterday are not part of a targeting campaign against Muslims in North Carolina," he said, adding there is "no information this is part of an organized event against Muslims."

"This appears, at this point, to be an isolated incident," Rand said.

Abdullah Antepli, Duke University's Muslim chaplain, also spoke about the crime, saying the Muslim community is mourning the tragedy and trying to make sense of it.

"This may or may not be a hate crime," said Antepli. "Saying either this way or that way will be only unhelpful."

Nearly 1,000 people gathered in the University of North Carolina campus on Wednesday night in mourning for three young Muslims students.

The crowd, including the parents of the young students, displayed wedding pictures of newlyweds Deah Barakat, 23, his wife Yusor Mohammad, 21, along with her sister Razan Mohammad Abu-Salha, 19.

"We still cannot believe; we are in shock," said Deah Barakat's schoolmate Fatia Zohra Hedadja. Speaking to The Anadolu Agency, Hedadja – who had attended Barakats’ wedding – said: "We watch crime news every day on television but who would have thought we would have witnessed a similar story happening to someone to close to us?"

"Far from evilness and pure," Hedadja said of Deah Barakat. Barakat was a Syrian-American dental student running a campaign to raise money for Syrian refugees in Turkey.

Barakat was also planning to visit Turkey to help Syrians with their dental problems.

Hedadja complained of a lack of media coverage of the killing of the trio, claiming that, if something was done by a Muslim “we see stories far from reality but we still do not know why the shooting had happened.”

The funerals for the three victims will be held on Thursday in Raleigh mosque, near the victims’ house.

The Council on American-Islamic Relations has called for an investigation into the motive behind the shooting, as many on social media raised the issue of safety of Muslims in the country.

Chapel Hill Police Chief Chris Blue said: "Investigators are exploring what could have motivated Mr. Hicks to commit such a senseless and tragic act," and added that "We understand the concerns about the possibility that this was hate-motivated, and we will exhaust every lead to determine if that is the case."