As well as talks with senior Saudi officials in Riyadh including King Salman, Tillerson attended a landmark meeting between Saudi Arabia and Iraq aimed at upgrading strategic ties between the Arab neighbours. 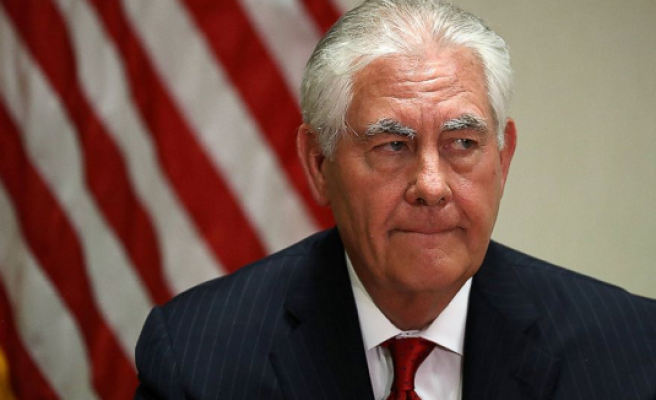 Top US diplomat Rex Tillerson pursued efforts to curb Iran's influence in talks with Gulf allies Sunday, but there was scant hope of a breakthrough in attempts to reconcile Saudi Arabia and Qatar.

The meeting appears aimed at boosting Sunni-ruled Saudi Arabia's clout in Shiite-majority Iraq, part of a wider regional battle for influence that extends from Syria to Yemen.

Tillerson's visit comes just weeks after President Donald Trump refused to certify the Iran nuclear deal, leaving its fate to the US Congress, and laid out an aggressive new strategy against Tehran in a bellicose speech.

"This event highlights the strength and breadth as well as the great potential of the relations between your countries," Tillerson said at the first meeting of the joint Saudi-Iraqi coordination council in Riyadh.

Following years of tensions with Riyadh, Iraqi Prime Minister Haider al-Abadi hailed the meeting as an "important step toward enhancing relations", while King Salman warned of the dangers of "extremism, terrorism, as well as attempts to destabilise our countries."

The question of Iranian influence has also been at the heart of the diplomatic conflict between Saudi Arabia and Qatar, with Tillerson headed to Doha later Sunday for talks on defusing the crisis between two key US allies.

Saudi Arabia, Bahrain, the United Arab Emirates and Egypt cut ties with Qatar and imposed an embargo in June, accusing it of supporting terrorism and cosying up to Iran.

Doha denies the charges and has rejected their terms for a settlement.

Tillerson made an unsuccessful attempt to resolve the dispute during a trip to the region in July.