In a sworn affidavit, Huawei chief financial officer Meng Wanzhou said that she has been treated in a Canadian hospital for hypertension since she was arrested in Vancouver on December 1 for possible extradition. 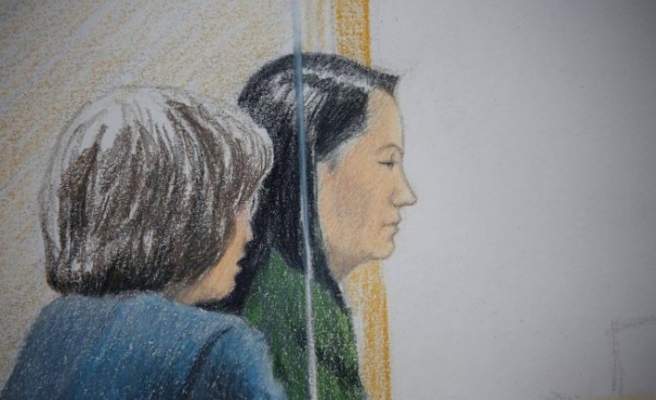 A top executive with Chinese telecom giant Huawei argued in court documents released Sunday that she should be released on bail from her Canadian jail while waiting possible extradition to the United States.

She is being held in custody awaiting a Canadian court's decision on bail on Monday.

Her arrest has infuriated Beijing, which demanded Washington drop the extradition request, and has stoked tensions during the trade war truce between China and the United States.

In a 55-page affidavit Meng said that she has suffered from severe hypertension for years. "I continue to feel unwell and I am worried about my health deteriorating while I am incarcerated," the document read.

Meng said that she has had "numerous health problems" during her life, including surgery for thyroid cancer in 2011.

"I wish to remain in Vancouver to contest my extradition and I will contest the allegations at trial in the US if I am ultimately surrendered," she said.

Meng said she has ties to Vancouver that go back 15 years. She and her husband own several properties in the city, and she even had a Canadian permanent residency permit that she has since renounced.

In a bail hearing that was adjourned on Friday, Canadian Crown prosecutor John Gibb-Carsley asked for bail to be denied, saying Meng has been accused of "conspiracy to defraud multiple financial institutions."

He said if convicted, she faces more than 30 years in prison.

The extradition process could take months, even years, if appeals are made in the case.