The last advisory, in April, called for more people to carry the overdose antidote naloxone as the nation grapples with a record number of opioid overdoses. 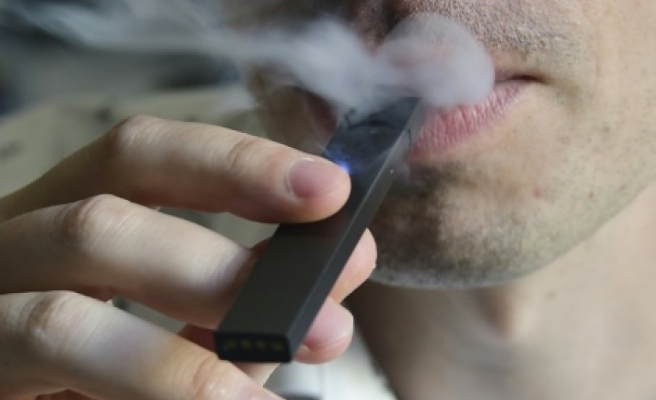 The US Surgeon General on Tuesday called for "aggressive" action against e-cigarette use, which he said has exploded to epidemic proportions among youth and puts their health and brain development at risk.

"We must take aggressive steps to protect our children from these highly potent products that risk exposing a new generation of young people to nicotine," the top US doctor, Jerome Adams, said in a rare public advisory.

"E-cigarette aerosol is not harmless," he said, noting that "nicotine exposure during adolescence can harm the developing brain -– which continues to develop until about age 25."

It is only the second public advisory by the surgeon general since he took the post 16 months ago.

In the past year alone, e-cigarette use increased 78 percent among high school students -- one in five of whom now say they vape, or use battery-powered devices to inhale nicotine liquids that are often fruit or candy flavored, and highly addictive.

In all, more than 3.6 million US youth, including one in 20 middle school students, currently use e-cigarettes.

The surgeon general urged parents, doctors and educators to take a series of steps, including banning indoor vaping, and talking to kids about the dangers of e-cigarettes, mentioning by name the USB drive-shaped products made by JUUL.

Dangers of e-cigarettes include harm to learning, memory, and attention, and putting kids at risk of future addiction.

"In addition to nicotine, the aerosol that users inhale and exhale from e-cigarettes can potentially expose both themselves and bystanders to other harmful substances, including heavy metals, volatile organic compounds, and ultrafine particles that can be inhaled deeply into the lungs," said the advisory.