'We represent the values of the American people,' says Joint Chiefs chairman 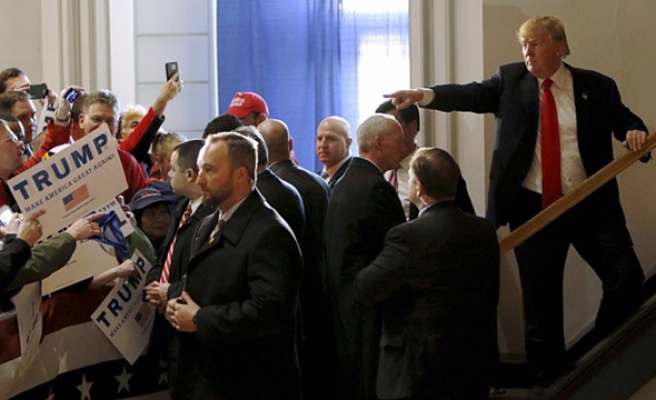 The highest-ranking U.S. military officer waded into the presidential debate on Thursday by responding to a candidate’s comments in support of torture.

While presenting testimony to a House panel about the country’s 2017 defense budget, Gen. Joseph Dunford, Chairman of the Joints Chiefs of Staff, was asked about Republican presidential front-runner Donald Trump’s remarks that he would reinstate torture techniques, including waterboarding.

Trump has repeatedly said that the U.S. military has not been aggressive enough in handling suspected terrorists and that he would implement techniques that are "so much worse" and "much stronger" that waterboarding.

"Don't tell me it doesn't work — torture works," he said. But before Dunford could respond, defense chief Ash Carter, who also testified, interrupted to voice opposition.

“I feel very strongly that our department needs to stand apart from the electoral season so I respectfully decline to answer any questions that arise from the political debate going on," he said. “I want Gen. Dunford, especially even more so than me, to not get involved in political debates."

But the general eschewed his boss’ advice and responded to a follow-up question on the issue by espousing American values.

"One of the things that makes me proud to represent this uniform is that we represent the values of the American people," the Marine General said.

"We find exceptions," he added, apparently referring to U.S. troops who have violated military conduct. "You can see how aggressively we address those exceptions. We should never apologize for going to war with the values of the American people.”

After Dunford concluded, Rep. Betty McCollum, who asked the question, chimed in. "Mr. Chairman, I'm assuming the values of the American people do not include torture," she said.